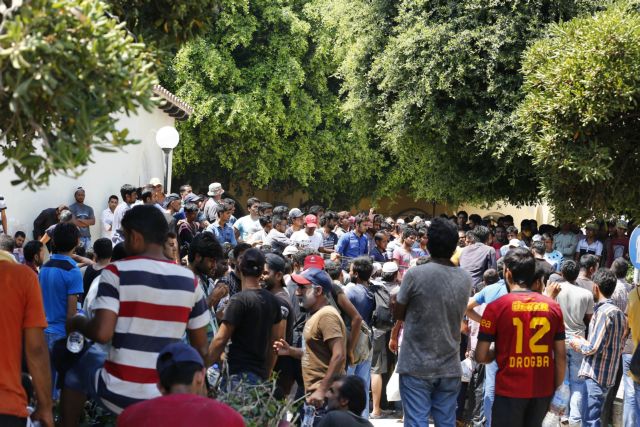 According to eye witness reports, the president of the municipal council Nikos Mylonas arrived on the scene and got in a fight with locals outside the police department, after he complained and reacted when he saw a young migrant beaten up by the crowd of angered residents. In an article penned by Mr. Mylonas, the situation was likened to Kristallnacht.

It has also been reported that a number of tourists and foreign nationals who live on the Aegean island got into arguments and scuffles with the angered group of residents, who allegedly assaulted the cameraman of a foreign television network and broke his camera.

On Friday morning the European Commissioner for Migration, Home Affairs and Citizenship Dimitris Avramopoulos and Commission Vice President Frans Timmermans are scheduled to visit the island, where they will meet the Regional Governor of the South Aegean, the Mayor of Kos, as well as representatives from the island’s police and coast guard services. The two European Commission officials will later meet with NGOs that are actively involved in the efforts to manage the crisis.

At about 8am on Friday morning the police had to intervene in order to prevent about 1,000 Afghan refugees from boarding the Blue Star 1 ferry boat. The refugees, who were chanting “Athina! Athina!”, tried to board the ship and were pushed away with the assistance of Coast Guard officers.