Verhofstadt: “Lack of transparency in negotiations with Greece” 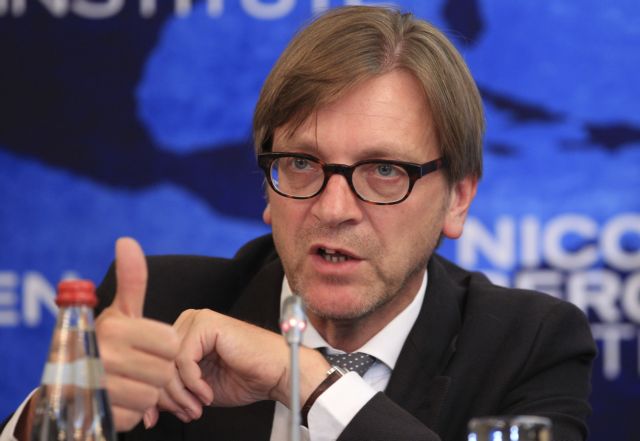 The leader of the Alliance of Liberals and Democracy for Europe (ALDE) Guy Verhofstadt has criticized the “lack of transparency” in the negotiations between Greece and its creditors and called all involved parties to inform the European Parliament.

Mr. Verhofstadt argued that there was “a lack of democracy and transparency in the negotiations between Greece and the institutions” and that it was truly inconceivable that the European Parliament has not summoned the protagonists in the talks – Greek Prime Minister Alexis Tsipras, Eurogroup chief Jeroen Dijsselbloem, EC president Jean-Claude Juncker and ECB chairman Mario Draghi – to provide information.

Furthermore, the ALDE leader opined that the four could be summoned within the framework of the European Parliament’s summit of parliamentary group presidents. This meeting, where the four could detail the negotiations, could take place next week, he added.