Mardas takes back earlier statement about a 400-million-euro shortfall

The Alternate Minister of Finances Dimitris Mardas took back an earlier statement he made on Wednesday morning, according to… 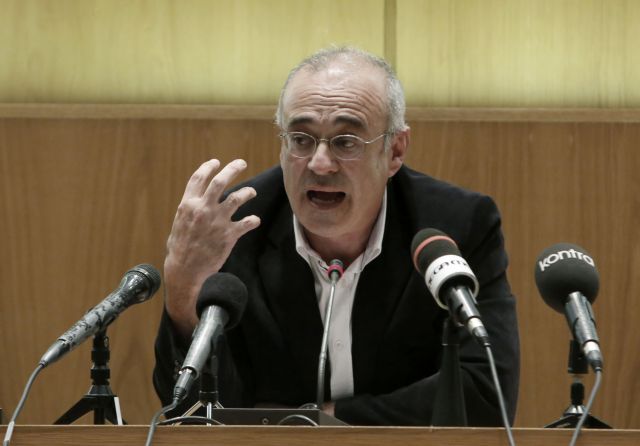 The Alternate Minister of Finances Dimitris Mardas took back an earlier statement he made on Wednesday morning, according to which the government was 400 million euros short for April, in an interview for Mega Channel.

Mr. Mardas appeared on Star Channel a couple hours later and explained that after a meeting it was determined that the required funds were available and revised his earlier statement, claiming he was uncertain whether the necessary funds would be available on the 24th and 27th of April.

He later noted that the necessary funds will be provided to pension funds, which have informed the Ministry on their intention to transfer some funds the Bank of Greece. Mr. Mardas stressed that the government wants to create a safety net, in order to be prepared for the worst case scenario, ie a falling out with the creditors.

What the Minister said earlier about the shorfall

The Alternate Minister of Finances Dimitris Mardas admitted that the government needs about 400 million euros in order to cover its needs for April, in an interview on Mega Channel.

Mr. Mardas, who was invited to comment on the controversy and furor over a legislative act calling all public bodies to transfer their cash reserves to the Bank of Greece, noted that Greece reached a “breaking point” in February. He was confident though that there would not be any problems and claimed that the government had «other options».

“The [debt] settlement for 100 installments will end on the 30th of April and admittedly we may overcome revenue predictions. However based on what I see now there is a revenue shortfall for the 24th of April, when money is needed” he argued.

When asked about the shortfall, he revealed that it was “350 to 400 million euros” and asserted that it can be covered by the end of the month, however he cannot rely on revenue exceeding expectations.