Panos Kammenos: “We are done with the memorandum and the troika”

“We are done with the memorandum and the troika” said Friday morning Independent Greeks (ANEL) President and Defense Minister Panos Kammenos. 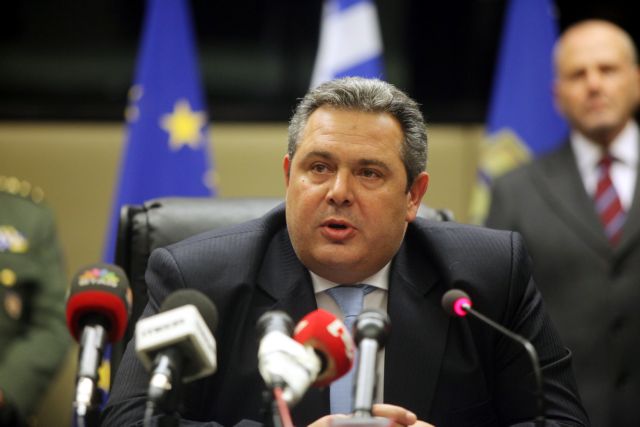 “We are done with the memorandum and the troika” said Friday morning Independent Greeks (ANEL) President and Defense Minister Panos Kammenos.

«Those guys who were going into ministries, giving orders to the ministers will not be seen again. Nor will the country continue to be governed by e-mails as it did with Mr. Samaras, when he said he drove them out» Kammenos told ANT1 TV, stressing that citizens sent a message that austerity can not continue.

«The troika will be replaced in Greece with the institutions the country has signed as an equal partner and we will listen to our peers as they will do so with us. The power relationship between the borrower and the lender will cease to exist. The memorandum and the policy signed by the previous government is not valid» he added.

Kammenos stressed that «we no longer have to bear a program that has led the Greek people to poverty, the economy to a dead end, and the younger generation either to unemployment or immigration. It seems that there is hope of a policy change from an elected government and the restoration of democracy and sovereignty of the country«.