Tsipras rules out alliances with PASOK, The River and Papandreou

The leader of the main opposition party Alexis Tsipras, whose party is tipped to come first in the upcoming general elections, is… 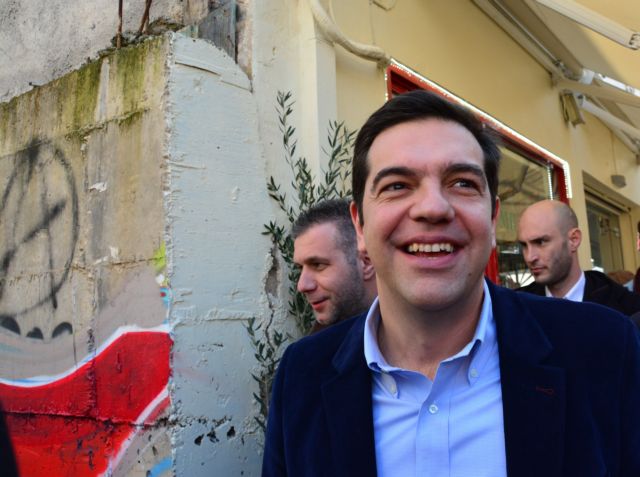 The leader of the main opposition party Alexis Tsipras, whose party is tipped to come first in the upcoming general elections, is aiming to form an independent government and wants to avoid a repeat election, like in 2012. Mr. Tsipras, who gave an interview to Star Channel on Monday evening, stressed that the people would vote for his party not because they have necessarily adopted a radical left ideology, but rather because they chose a path of dignity.

When asked with which parties he would consider forming an alliance, should his party not be in the position to form an independent government, he responded that he would prefer the support of the Communist party. Mr. Tsipras ruled out the possibility of forming an alliance with PASOK, Giorgos Papandreou’s Movement of Socialists Democrats or The River.

Regarding the fallout of the agreement with the Democratic Left, Mr. Tsipras noted that there was a genuine discussion, but unfortunately the two sides were unable to come to an agreement. He did not rule out the possibility of cooperating after the elections.

Debt, Plan B and Merkel

The SYRIZA president argued that he must be “paranoid” to plan a departure from the Eurozone in response to the pressure, adding the shift of the Grexit debate in Europe indicates that his party has been proven right. Mr. Tsipras denied having a hidden agenda or plans for a referendum. Mr. Tsipras was confident that his plans would be approved in Europe and that Angela Merkel would use SYRIZA’s ascent to power to provide a solution and present it as her success.

His intention is to request a restructure of the public debt so that it becomes viable, by introducing a new haircut and a growth clause. Mr. Tsipras questioned whether Mr. Samaras would support this policy, as an opposition party. The SYRIZA leader argued that he will not extend the bailout and his plans will offer relief to the country.