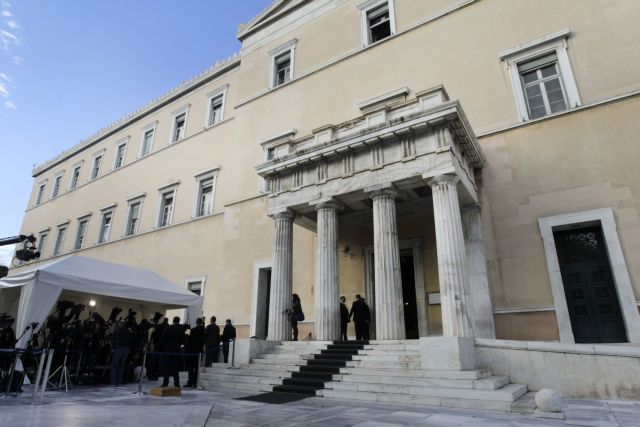 The likelihood of early general elections and the role that the Independent Greeks will play in the third vote set to take place in Parliament at noon has made headlines in the international press.

The Wall Street Journal notes that the Samaras government is 12 votes short of securing the necessary 180 votes that will avert snap elections and argues that the country’s political stability depends on one of the most “unstable” parties.

While support for Stavros Dimas has increased, it is still not enough for him to be elected President and a “handful of rebels” will be necessary. The report further suggests that unlike previous crises in the past, the pressure to take an initiative this time is on the opposition.

The Financial Times on the other hand examines the Presidential election within the scope of a populist surge throughout Europe. According to the FT, left and right-wing populism has dominated the political discourse since 2008 and offers simplistic and absurd solutions to complicated problems.

The British newspaper sites the financial plans of SYRIZA and Spain’s Podemos parties as exampled of measures that cannot replace the difficult, yet necessary choices to address the deep-rooted problems in the two countries.

The Reuters news agency commented that today’s critical vote could trigger early elections and stresses that the ascent of SYRIZA to power may “detail an international bailout”. The report highlights how the outcome of the hotly contested vote will ultimately be determined “by a small handful of deputies”.

According to the report «If lawmakers fail to elect a successor to 85-year-old Karolos Papoulias, a snap election will be held within weeks. Syriza, leading in the opinion polls, vowed again to renegotiate the joint European Union-IMF bailout bailout Greece needs to pay its bills and roll over its debt«.