Vitsas: “We reject the deal for the bailout extension” 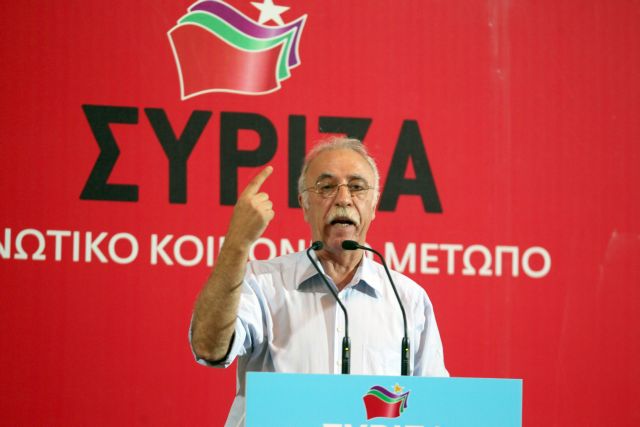 The secretary of SYRIZA’s Central Committee Dimitris Vitsas told SKAI that his party does not recognize the recent deal between the coalition government and the troika for a two-month extension of the Greek bailout program.

Mr. Vitsas responded to media reports questioning the opposition’s resolve, should it come to power and be under pressure to complete negotiations with the troika in February, by adding that SYRIZA does not intend to “stick to the timetable” that has been agreed.

When asked about the Presidential elections, he stated repeated the party line to not vote for any candidate and that the party’s proclamations that were announced at the Thessaloniki International Fair still stand. When asked how his party intends to fund the economy, he avoid providing a specific answer, referring back to the TIF proclamations.

Regarding the comments made by the German Minister of Finances, that Greece may rely on European and German support provided it continues to implement reforms, Mr. Vitsas noted that Mr. Schäuble “forgets the parameter of the Greek people’s fresh mandate”.