Theodorakis: “It is possible to elect a new President”

The leader of The River Stavros Theodorakis appeared on Mega Channel on Tuesday morning, where he was asked to comment… 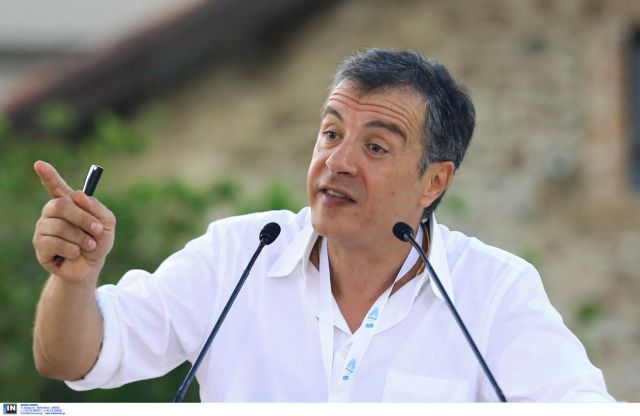 The leader of The River Stavros Theodorakis appeared on Mega Channel on Tuesday morning, where he was asked to comment on the possibility of electing a new President in 2015.

Mr. Theodorakis argued that the candidate for President need not be a political figure and claimed that the majority of the Greek people are in favor of the parties in Parliament coming to an agreement.

The River leader further elaborated that “the people must choose someone with a European logic, a humanist logic and who will balance New Democracy and SYRIZA’s extremities”.

The main opposition party SYRIZA has consistently argued that it will not support any candidate to succeed President Papoulias in order to force general elections, while the New Democracy / PASOK coalition government argues that it can amass the necessary 180 MPs.

When asked about the possibility of alliances, Mr. Theodorakis argued that the Greek people will provide the answer by voting and noted that his party officers are not merely interested in power or having behind-the-scenes talks.

Additionally, The River leader claimed that his party could have had “two or three MPs” in Parliament, but decided against it since it would be immoral to not have been elected beforehand.