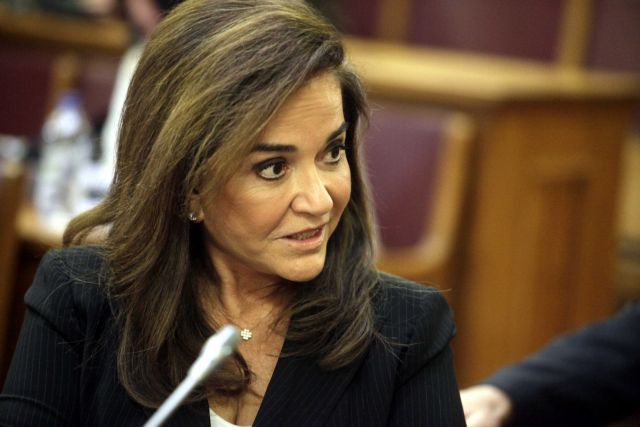 New Democracy MP Dora Bakoyanni was highly critical of the government Vice President and PASOK president Evangelos Venizelos, who recently argued that the government’s stability depends on how well the Olive Tree and PASOK will do in the upcoming European elections.

In her interview on SKAI, Mrs. Bakoyanni explained that she disagreed with Mr. Venizelos’ “equation of political stability with personal political career” and argued that the PASOK president was pandering for votes.

Mr. Mitsotakis claimed that he was surprised by the sudden change of heart, which he attributed to “political tactics to increase the Olive Tree’s votes”.