Greek scientists disagreed with the holding of parades on the October 28 commemoration of OXI day (when Greece refused to surrender to fascist Italy), but the insistence of the government made them back off, observers will only wear masks. 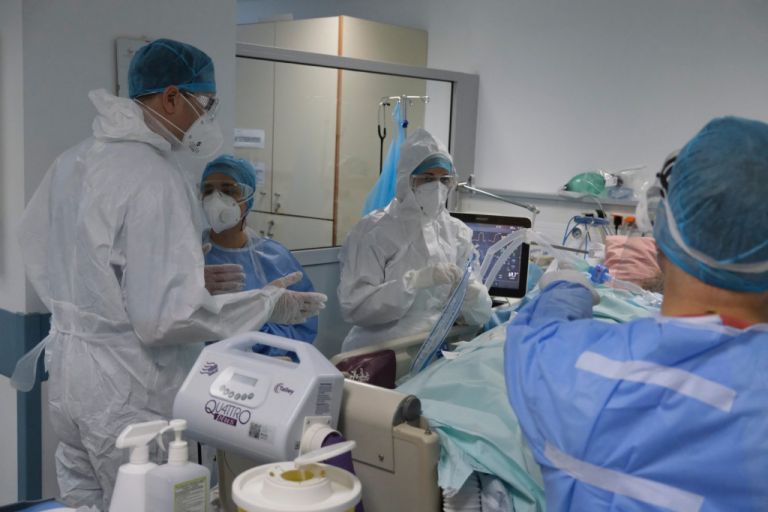 The return to normalcy even in high-risk red zones, where the government has totally lifted restrictions for those vaccinated, the low vaccination rate, and colder weather as winter approaches, have led to a substantial rise in new COVID-19 cases and hospital admissions.

The increased freedoms for people who are vaccinated along with the lifting of mini-lockdowns has triggered heightened concerns among experts who are warning – as did Professor of Epidemiology Sotiris Tsiodras, a top member of the National Committee on COVID-19, who in a 20 October nationally televised briefing presented of a Greek study which indicates that vaccines saved over 8,000 lives – that the country is in for a rough winter.

It has already become known that scientists disagreed with the holding of parades on the October 28 commemoration of OXI day (when Greece refused to surrender to fascist Italy), but the insistence of the government made them back off and the government agreed to mandate that all observers of parades nationwide wear masks.

Meanwhile, according to the National Organisation for Public Health (EODY), a newly-discovered mutation of the COVID-19 Delta Variant, AY. 4.2, has entered Greece and 11 cases have been confirmed nationwide.

The mutation has stirred concern among experts, as data from the UK, for example, indicate that it is 10-15 percent more transmissible.

The government is taking a step-by-step approach in managing the epidemic, even as the worsening of epidemiological indices and stagnation in the vaccine rollout has stirred serious concerns regarding what will follow.

The plan is to proceed with gradual interventions, depending on the degree of pressure on the National Health System, which is already severely strained in northern Greece, which has a lower rate of vaccination.

What is certain – as Prime Minister Kyriakos Mitsotakis has said – is that the government is not examining new restrictions on the economic and social life of vaccinated citizens and an across-the-board lockdown has been ruled out.

However, stricter public health measures for the unvaccinated are on the table and may be instituted, depending on the number of cases.

A major concern is that the vaccine rollout is proceeding extremely slowly, as only about 60 percent of the population is vaccinated and there are fewer than 8,000 daily vaccinations with the first dose nationwide.