President Katerina Sakellaropoulou had stressed that turning Hagia Sophia into a mosque is not a domestic Turkish issue but rather a broader matter that should be strictly and categorically condemned. 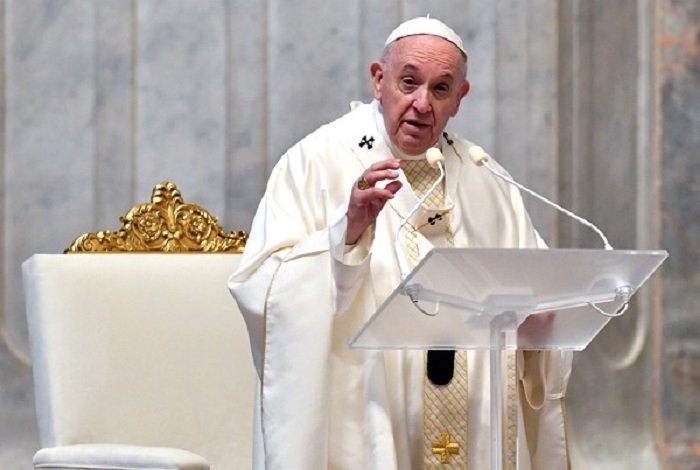 Pope Francis has accepted the invitation of President Katerina Sakellaropoulou to visit Greece in September.

Sakellaropoulou issued the invitation in a telephone conversation with the pope about a year ago.

Sakellaropoulou had spoken to the pope to discuss Turkish President Recep Tayyip Erdogan’s move to make the Hagia Sophia cathedral a mosque and she invited the pope to visit Greece in 2021 in order to honour the bicentennial of the start of the Greek Revolution.

Pope Francis expressed his desire to visit Greece and the hope that the pandemic will not interfere in the planning of the trip.

The trip is still in the planning stage and sources in both in the Vatican and the Greek presidency say the visit will go forward.

A year back Sakellaropoulou thanked the pope for his stance against making Hagia Sophia a mosque and asked him to use his full influence in order to sensitise international public opinion and get the Turkish government to revoke its decision and reinstate Hagia Sophia as a protected monument.

A top symbol of Christianity

“This decision [of Erdogan] deeply wounds those who believe that this top symbol of Christianity belongs to humanity and to the global cultural heritage and it distances Turkey from the values of the secular state and from the principles of toleration and pluralism,” Sakellaropoulou said.

She stressed that this is not a domestic Turkish issue but rather a broader matter that should be strictly and categorically condemned by the international community.

Pope Francis had agreed at the time agreed with Sakellaropoulou, acknowledged the political motivation of Erdogan’s decision, and pledged to continue efforts to persuade the Turkish leadership to reconsider the decision.