‘As we have proven for decades, those working in SKAI’s radio station, the television station, and the website will not be muzzled and will not be daunted by any threat,’ SKAI’s journalists and technical staff said in a statement. 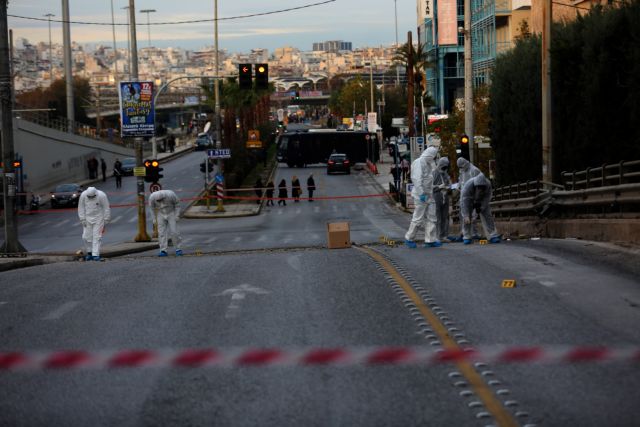 SKAI television and radio issued a defiant statement against its attackers after its offices were bombed in the wee hours of this morning and called the state to task for not offering adequate protection.

“The terrorist attack that targeted us today will not daunt us. We will not be blackmailed, are not afraid, and will not be terrorised,” SKAI said in an announcement released today.

“The state, which has a duty to encourage pluralism and to guarantee the security of the media and those employed in media outlets, turned a blind eye to our repeated complaints regarding threats to SKAI,” the statement added.

SKAI’s employees issued their own statement. “Today, the SKAI [Media] Group was the target of a cowardly attack, with an explosive device that was placed at its facilities. Whatever the masterminds may have been thinking, fortunately there was only material damage. All employees who were in the building – journalists and technical staff – abandoned it safely and in a timely manner.”

“As we have proven for decades, those working in SKAI’s radio station, the television station, and the website will not be muzzled and will not be daunted by any threat, in whatever form. SKAI’s journalists will continue to fulfil their democratic mission conscientiously and with professionalism.”

The terrorists’ choice of the place where they would deposit the bomb was not coincidental. It was a location where they would not be spotted by cameras, due to a line of tall trees obstructing the cameras’ view of the spot, and where the greatest possible damage would be done.

Authorities are examining CCTV footage from cameras surrounding the building in order to collect data showing the modus operandi of the culprits.

Hours after the blast, a burnt car was discovered in Athens’ Petralona neighbourhood, and police are probing whether the automobile may have been used in the attack by the culprits – either to transport them to SKAI’s facilities or as a getaway vehicle.