Moscovici: Smooth sailing for Greece at next Eurogroup

Centeno said that the lending “institutions” trust Greece as regards continued implementation of reforms and meeting commitments in the coming years, so as to become a success story. 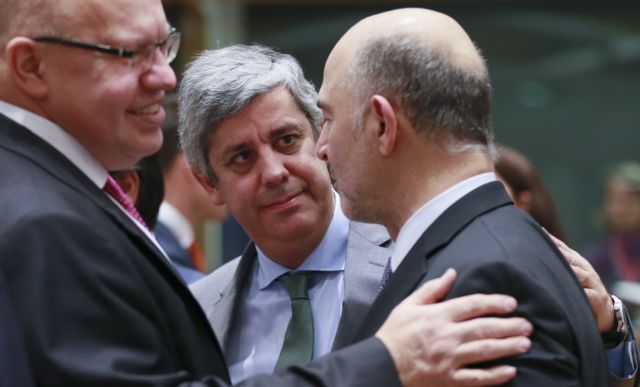 European Commissioner for Economic and Financial Affairs Pierre Moscovici has expressed the conviction that there will be no negative surprises for Greece, as regards the EU’s enhanced surveillance, at the 21 November Eurogroup, which is set to present its report.

At the same time, Eurogroup President Mario Centeno said he is confident that Athens will implement agreed reforms in the post-bailout era.

After a meeting of eurozone finance ministers, Centeno said that Greece was not on the agenda, and that it is not among the countries to which the European Commission sent a letter regarding the budget they submitted.

Centeno said that the lending “institutions” trust Greece as regards continued implementation of reforms and meeting commitments in the coming years, so as to become a success story.

“I am certain that the Greek government will continue the reforms process and will meet its commitments next year and beyond,” Centeno underlined, in an apparent vote of confidence in the Tsipras administration.

Along the same lines, Moscovici noted that there has been a positive collaboration with Greek authorities.
Moscovici said that on 21 November the Commission will present its report on Greece, in the framework of the heightened surveillance that it has established for Athens. Cutting the discussion short, the Commissioner refused comment o the conclusions of the report, presumably in order to maintain the suspense until Wednesday.

“First of all, the cooperation with Greek authorities was exceptionally positive. Secondly, don’t expect any unpleasant surprise in the report. It won’t be there,” Moscovici declared.

What is certain is that the final budget will be without legislated pension cuts, as the lending institutions (Chiefly the ESM) consented.