The employees in the national healthcare system (ESY), ambulance services (EKAV) and welfare have announced a four-hour… 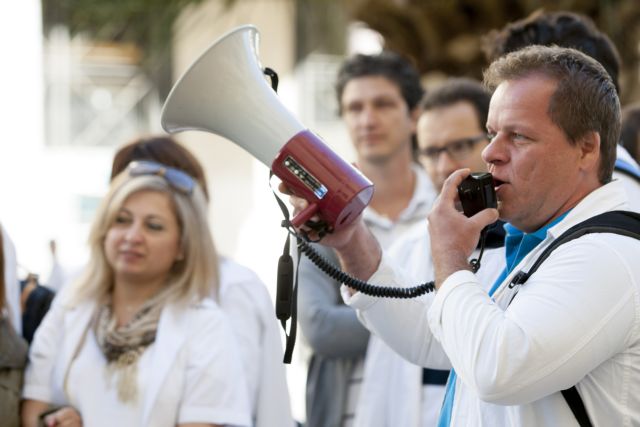 The employees in the national healthcare system (ESY), ambulance services (EKAV) and welfare have announced a four-hour walkout between 8am and noon on Thursday, along with a demonstration outside the Ministry of Health.

Additionally the nationwide federation of public hospital employees (POEDIN) has announced that it will file a complaint at the Supreme Court against the Ministry of Health and specifically the Alternate Minister of Health Pavlos Polakis.

POEDIN will file the complaint in relation to the Alt. Minister’s involvement in recruitments for KEELPNO and ICUs, with the federation arguing that they served political interests and bailout policies. The public hospital employees are also complaining about being short-staffed and under-funded and warn that this will have an impact on the availability of medicine and other equipment.