The Eurogroup meeting that was held in Brussels on Monday, in order to discuss the progress of implementing the second… 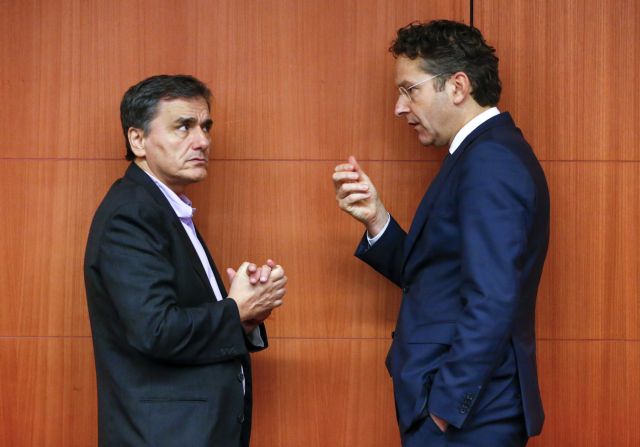 The Eurogroup meeting that was held in Brussels on Monday, in order to discuss the progress of implementing the second package of prior actions, lasted about 15 minutes. The Greek Minister of Finances Euclid Tsakalotos informed his European colleagues on the reform progress, however no decisions were taken at the end of the meeting.

According to Mega Channel, the Eurogroup sent three messages to the Greek government. Firstly the government must pass the second package of prior actions by the 15th of December; secondly, to pass the pension reform by early January and thirdly, to aim for a greater consensus on the pension reform.

Following the conclusion of the meeting, Eurogroup chief Jeroen Dijsselbloem underlined the need to complete the implementation of the second set of prior actions, so that the next 1-billion-euro tranche may be disbursed and noted that a series of fiscal and structural issues must then be addressed, such as the mid-term program for 2016-2019 and the pension reform.

The European Commissioner for Economic and Financial Affairs, Taxation and Customs Pierre Moscovici praised the Greek government on the successful recapitalization of Greek banks, which required 6 billion euros less than the 25 billion predicted in the summer. Nevertheless, he estimated that the government in Athens has “difficult decisions” to make, in relation to the pension reform and fiscal strategy.