PM Tsipras: “The Aegean is washing up European culture on our shores”

The Prime Minister Alexis Tsipras addressed the refugee crisis in his speech in Parliament for the “Prime Minister’s Hour”, in… 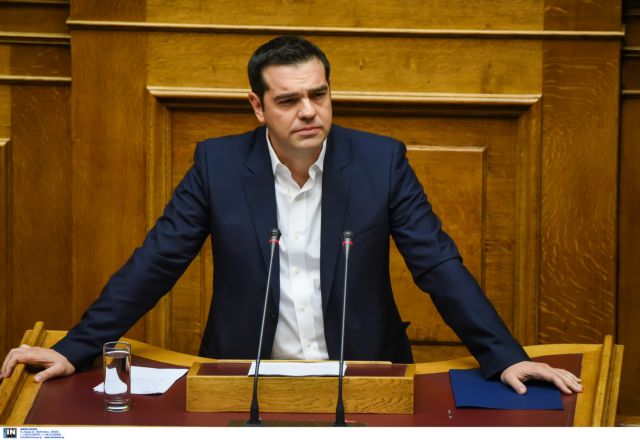 The Prime Minister Alexis Tsipras addressed the refugee crisis in his speech in Parliament for the “Prime Minister’s Hour”, in response to a question posed by New Democracy MP Giorgos Koumoutsakos.

In his speech, the Prime Minister lashed out against the European Union and expressed his deep sorrow for the deaths and humanitarian tragedy taking place at sea, arguing that “the waves of the Aegean do not just wash up dead children; they also wash up European culture on our shores”.

PM Tsipras argued that he felt ashamed to be a part of the European leadership, which is seemingly incapable of addressing the problem, while the discussion on the matter is turning into a blame game. In response to accusations and criticism that Greece is unable to protect its borders, PM noted that when he asked whether his duty is to push away or rescue the refugees, he received no reply. “It is our humanitairn duty to save them. As Greeks, we know what it means to be a refugee”.

The refugee crisis cannot be addressed by Greece alone, PM Tsipras argued and explained that Greece will not act as a gatekeeper to Europe, noting that “we are the link between the European Union and Turkey; we are part of the solution and not the crisis” and stressing the importance of adopting a constructive stance. This, he said, will boost the country’s position and improve its geopolitical might.

Later he accused the European Union of struggling to act, but noted that the steps decided to address the crisis are in the right direction. PM Tsipras also stated that Greece will condemn the policy of setting up walls and fences to keep refugees out of the European Union. Greece, he added, will support the relocation of refugees in Europe, either from Turkey or Greece.

New Democracy MP Koutmoutsakos replied that he had not yet received an answer to his questions and demanded to know what Greece will receive in exchange for taking in 50,000 refugees. Mr. Koumoutsakos also claimed that the plan to subsidize rent for 20,000 refugees will not work.

The Prime Minister responded to Mr. Koumoutsakos and questioned him how much he values a human life, the life of a child that is drowning, in order to make the appropriate demands from Europe. PM Tsipras underlined the importance of humanity, of supporting refugees as the residents in Mytilene did, as opposed to the phenomena in countries such as Hungary, where a reporter was caught on camera tripping a refugee carrying a young child.

In concluding his statement, the Prime Minister underlined that the humanitarian side of Europe is at stake, against those who raise the flag of xenophobia and far-right populism. PM Tsipras also stressed that the main opposition must support these humanitarian efforts, rather than exhaust itself with cheap criticism and questionable populist claims.