The Greek crisis, as well as the efforts made to support sustainable growth across the world, is expected to be on the agenda… 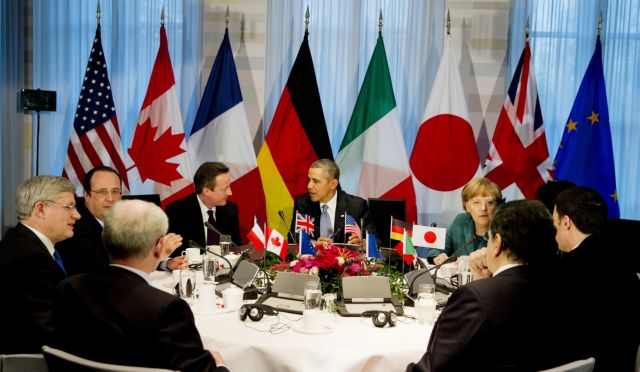 The Greek crisis, as well as the efforts made to support sustainable growth across the world, is expected to be on the agenda of the G7 summit in Dresden, which begins on Wednesday the 27th of May and ends on Friday, the 29th of May. The German Minister of Finances Wolfgang Schäuble stressed that the G7 summit will not result in any decisions being taken with regards to Greece.

The USA, UK and Italy are expected to pressure Germany and the IMF into reaching an agreement with Greek authorities as soon as possible. Canada and Japan will likely adopt a neutral stance, while Germany and France on the contrary will be stricter in their approach. The meetings between Wolfgang Schäuble with the U.S. Treasury Secretary Jack Lew are of particular interests, with the US expected to press for an agreement that will provide Greece with financing in exchange for reforms.

Indicative of the varying opinions on the matter are the statements of the French and Italian central bankers, Christian Noyer and Ignazio Visco respectively. Mr. Noyer claimed that a potential Grexit would not have a major impact on the French economy, asserting that it is primarily a risk for Greece. Mr. Visco on the other hand underlined that it was in the interest of all countries in the are to address the Greek crisis.