The divide between the government and the President of Parliament Zoi Konstantopoulou appears to be widening, after Mrs… 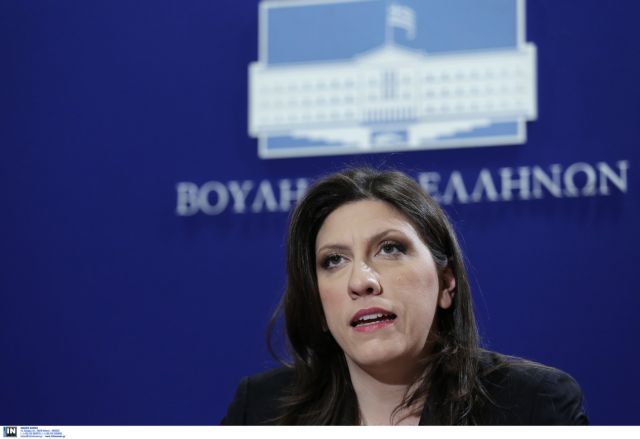 The divide between the government and the President of Parliament Zoi Konstantopoulou appears to be widening, after Mrs. Konstantopoulou suggested there was an issue of legitimacy of bills ratified by the previous government, in relation to the detained Golden Dawn MPs.

Mrs. Konstantopoulou held a press conference on Wednesday where she expressed her skepticism regarding the legitimacy of roll call votes in the previous parliament. Specifically, she referred to the cases of the detained Golden Dawn MPs who were not allowed to attend and suggested there may a problem with bills that were ratified with less than 151 votes.

The government spokesman Gabriel Sakellaridis responded on Mega Channel that “when the government wants to abolish a law, it will do so via the legislative initiatives of Ministers”. He was quick to point out that Mrs. Konstantopoulou “did not say [the bills in question] were invalid, but that their legitimacy must be examined”.

The Minister of Labor Panos Skourletis later commented on SKAI that he “would like for the President of Parliament to provide further explanations”. The previous President of Parliament Evangelos Meimarakis maintained that “we checked everything” and that no bill was ratified where the “no” votes (including the detained Golden Dawn MP) were greater than the “yes” votes.

Mrs. Konstantopoulou later gave an interview to ERTopen, where she argued that the non-attendance of MPs without adequate justification raised issues of constitutionality. She further explained that irrespective of their criminal behavior “does not mean that Golden Dawn is politically unacceptable”, adding that “their Nazi beliefs do not allow us to invent discounts on Democracy”.

The President of Parliament further stressed that the opposition misinterpreted the issues at hand and that the rule of law must apply to everyone, since MPs from other parties may also find themselves in a similar situation.