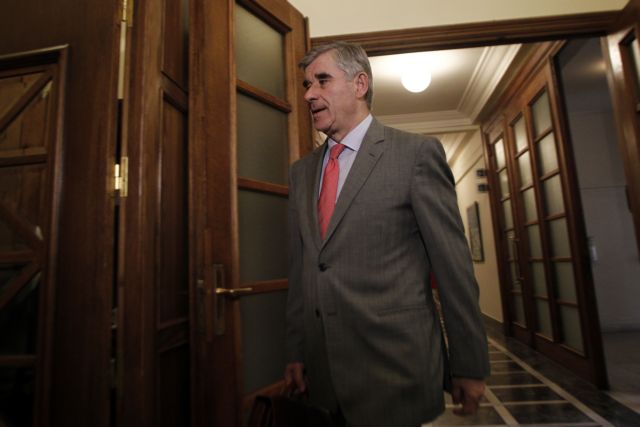 The Minister of State for Combating Corruption Panagiotis Nikoloudis told the New York Times that there are about 120 billion euros held in investment accounts outside of Greece, which the government cannot access.

The new State Minister, who was previously a Supreme Court Prosecutor and for decades dealt with cases of money laundering, fuel smuggling and corruption, has target Greek oligarchs.

In his interview Mr. Nikoloudis reveals that he has 3,500 tax audits in his hands for 7.5 billion euros worth of outstanding taxes, of which he hopes to collect 2.5 billion euros by the summer. A further 22,000 cases are pending, possibly worth billions more.

Mr. Nikoloudis explained that there is significant wealth kept outside of Greece, with the Lagarde list (detailing 2,000 accounts in Switzerland) being an indicative case. Mr. Nikoloudis estimated that there were about 120 billion euros in investment accounts which Greece cannot access.