Papakonstantinou: “I am innocent, I categorically reject the charges”

The trial of the former Minister of Finances Giorgos Papakonstantinou at the Special Court began on Wednesday, with the former… 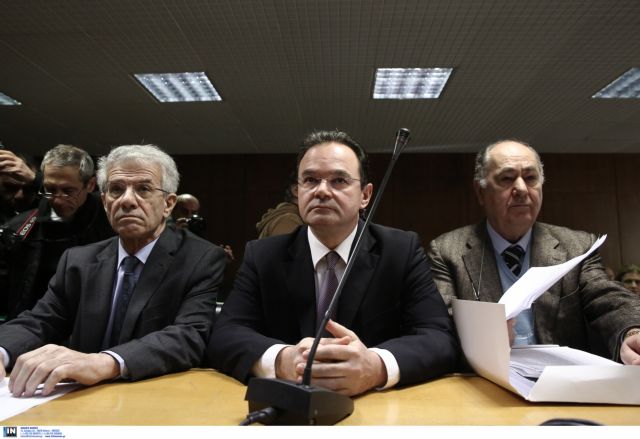 The trial of the former Minister of Finances Giorgos Papakonstantinou at the Special Court began on Wednesday, with the former minister declaring “I am innocent, I categorically reject the charges”. Mr. Papakonstantinou faces two serious felony charges – tampering a state document and attempted breach of faith – for allegedly removing the names of relatives from a list of suspected tax evaders.

Amongst the witnesses to testify on the first day was former SDOE officer Panagiotis Mantouvalos, who claimed that the Minister’s relatives were aware of the investigation against them, despite never talking to any officials, and did not repatriate any funds when they had the opportunity to do so in 2010.

Mr. Papakonstantinou’s former officer director Chrysi Hatzi testified that the former Minister received a “confidential letter”, containing the Lagarde list, from the Greek embassy in Paris. Confidential envelops do not go through protocol. According to Mrs. Hatzi, the former Minister held a meeting where he informed the head of SDOE at the time, Mr. Kapeleris, to carry out an investigation.

The court president also questioned Mrs. Hatzi regarding the whereabouts of the original CD of the Lagarde list. Mrs. Hatzi claimed that the CD was lost when Mr. Papakonstantinou asked a secretary to make a copy for him and then store it away. According to Mrs. Hatzi, the former Minister regularly had office employees store and copy documents for him, The response did not satisfy the court and pressured her for the truth.

Mr. Papakonstantinou’s attorneys commented that they were pleased with the proceedings so far and stressed the innocence of their client.