Samaras under pressure to call an emergency party conference 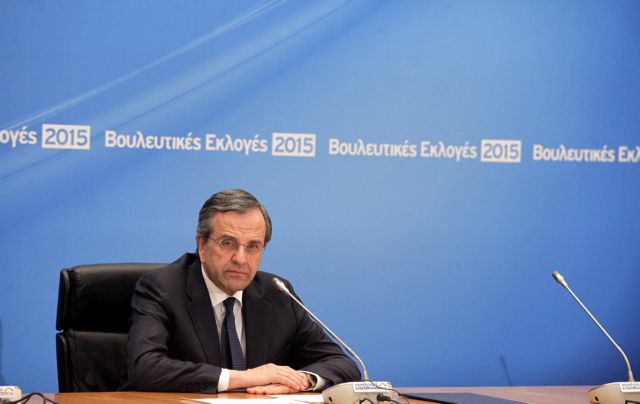 The major electoral defeat that New Democracy suffered on the 25th of January has found the former ruling party in a state of turmoil, with party leader Antonis Samaras trying to rally his officers and plan for the next day.

On Wednesday Mr. Samaras met with the outgoing President of Parliament and veteran party member Evangelos Meimarakis, who posed a number of issues, such the lack of a leadership group, the wrong and inappropriate campaign strategy (namely the fearmongering) and the pressure that candidates received from within the party.

Mr. Meimarakis also broached the issue a of an emergency conference, which many other prominent party members have supported and requested. The party leader did not respond to that request and it remains how he will react.

Meanwhile, the former party leader Kostas Karamanlis has recently been in touch with many high-ranking party members, such as Nikos Dendias, Evripidis Stylianidis, Maximos Harakopoulos and Apostolos Tzitzikostas. He also met with Evangelos Antonaros, who indirectly asked for Mr. Samaras’ resignation, Nikitas Kaklamanis and Dora Bakoyanni.

Recently Mr. Karamanlis has been rumored to be considered by SYRIZA as a candidate in the upcoming Presidential elections, along with Dimitris Avramopoulos, causing some concern and awkwardness amongst New Democracy officers. Mr. Karamanlis however has urged his party members to be remain calm

Concerns for the next day

Amidst the calls for Mr. Samaras’ resignation, many party officers are considering the next day and have began making plans. Mrs. Bakoyanni, for example, has stressed the need for reevaluating New Democracy’s ideology and taking a turn for the center. Prominent members such as Panos Panagiotopoulos and Theodoros Rousopoulos have been rather vocal about the criticism, while other officers have also pointed the blame to party secretary Andreas Papamimikos for the electoral failure. The meetings and talks between party members will escalate next week, after the new government has been sworn in and began its work.