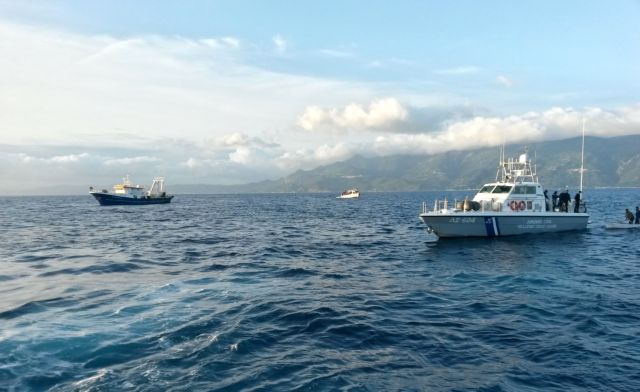 The Coast Guard has announced that over the past three days it has detained almost 200 migrants who were attempting to enter Greece illegally through the Eastern Aegean.

The report notes that 28 were located near Lepetymnos in Lesvos, 39 near Agia Paraskevi in Samos, 25 near Kokkari in Samos, 20 at Plomari on Lesvos, 16 near Chios and 432 at Agios Efstathios. The Coast Guard also located a 31-year-old trafficker and two migrants near Pserimos, who were arrested after a pursuit.

The Coast Guard has also carried out arrests of traffickers and migrants attempting to illegal leave the country, mostly from the ports of Patra and Igoumenitsa.

According to Coast Guard officers, trafficking peaks in the spring and summer months due to the weather conditions. Traffickers typically aim to drop migrants off on Greek islands before heading towards Turkish shores.