Venizelos: “The people will decide on the country’s stability”

The president of PASOK and coalition government VP Evangelos Venizelos gave an interview to Star Channel on Thursday, where he stressed the… 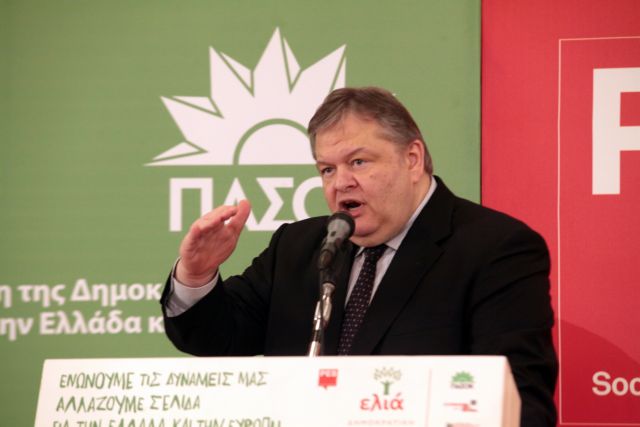 The president of PASOK and coalition government VP Evangelos Venizelos gave an interview to Star Channel on Thursday, where he stressed the importance f the upcoming elections, particularly for European Parliament.

Mr. Venizelos stressed that the country’s stability is at stake and that the Greek people will be who decides. The PASOK leader remarked that “we say ‘vote for us’ so that you do not destabilize the country” and explained that if there is a “negative result”, then all parties must accept their responsibilities.

The coalition government VP characteristically stated the he will “bestow the responsibility for the country in the hands of the Greek people”.

The Minister of Administrative Reform Kyriakos Mitsotakis was asked to comment on Mr. Venizelos’ assessment of the situation and responded that Greece “is the only country in Europe to associate the outcome of the European election with domestic political developments” and stressed that such a “discussion subverts the very stability we all want to secure”.

Mr. Mitsotakis also estimated that the coalition government could maintain stability even if New Democracy and the Olive Tree do not excel in the European elections. The Minister added that the government must continue after the elections, since polls show that the Greek people do not want early elections.