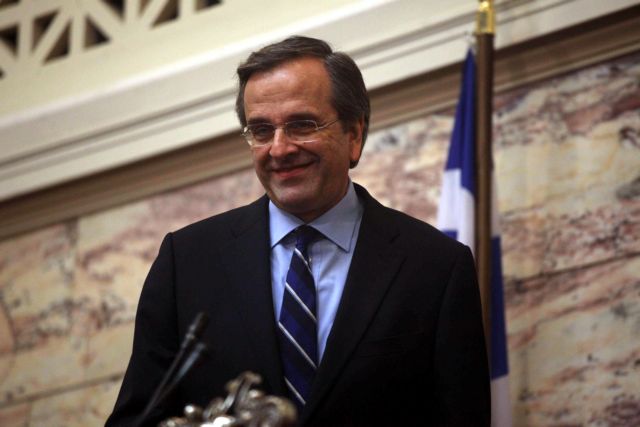 Amidst a critical phase for the economy, society and politics, the Prime Minister Antonis Samaras spoke to To Vima and spoke about everything.

The Prime Minister praises the primary surpluses that were achieved a year before, explains that the debt relief and return to the markets will be based on these surpluses and announces that a significant portion of the surpluses will return to society, pensioners and uniformed officers.

Furthermore, under condition that the surpluses are maintained, he promises a gradual reduction of taxes. And clarifies that his goal is to gradual reduce the rates of VAT, income tax, profits and of course, real estate. Especially with regards to real estate taxes, he outright states that he has planned to reduce them by 38% by 2016.Mr. Samaras claims that Greece is exiting the recession, entering a growth phase and estimates that the economy will by 3% on an annual basis from 2016 onwards.

He rejects the idea of early elections, attacks SYRIZA stating that they are in a panic, admits that the political scene is rapidly changing, even though he considers New Democracy to be relatively solid compared to the other political factions.

Regarding the local elections he clarifies that he does not officially nominate any candidates or deride any “rebels”.

Additionally, he does not believe that the results of the European elections will pose a threat to the government and overall, he is optimistic that a new Greece will emerge from managing the crisis.