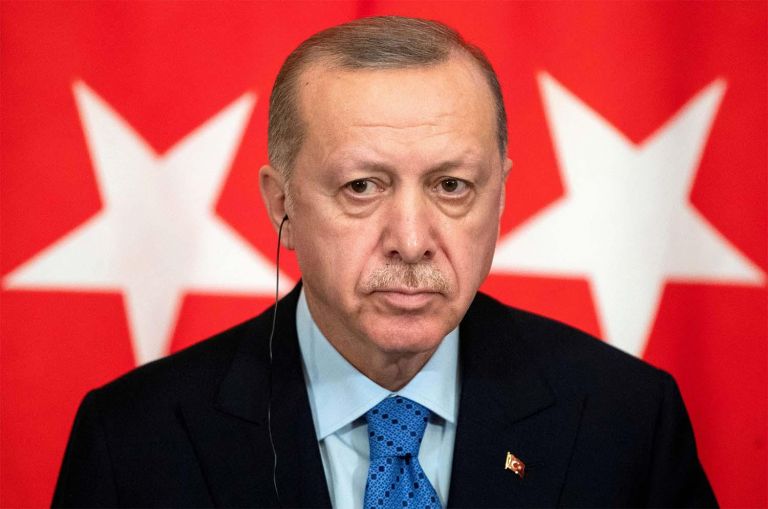 The Commission’s report on Turkey slammed Ankara’s partial re-opening of the seaside ghost town of Varosha in Cyprus, in violation of a series of UN Security Council resolutions

The European Union’s 2021 report on candidate-country Turkey offers a devastating image of a country that has trampled over the rule of law at all levels of statecraft and is in substance an authoritarian state – with an essential collapse of the separation of powers and power concentrated in the presidency and Recep Tayyip Erdogan –with blanket violations of human and civil rights at home and of international law abroad, from Syria and Libya to the Eastern Mediterranean, with provocations against Cyprus and Greece.

The report details “serious deficiencies in the functioning of Turkey’s democratic institutions”, “serious backsliding” on civil society issues and limitations on freedom of expression and association, “the systemic lack of independence of the judiciary and undue pressure on judges and prosecutors”, “the continuing deterioration of human and fundamental rights”, and “gender-based violence, discrimination, and hate speech against minorities, in particular against lesbian, gay, bisexual, transgender, intersex and queer (LGBTIQ) persons”.

The report also details the provocations and violations of the sovereign rights of Cyprus and Greece in the Eastern Mediterranean, where the Commission highlights the fact that the Turkish-Libyan maritime delimitation and military agreements of 2019 constitute an “infringement of the sovereign rights of third States [Greece and Cyprus], not complying with the Law of the Sea and having no legal consequences for third States”.

Noting the fact that in December, 2020, “the European Council strongly condemned Turkey’s unilateral actions, provocations and escalated rhetoric against the EU, EU Member States and European Leaders”, the report states that after a number of calm months in 2021, “In early October, Turkish warships obstructed the vessel Nautical Geo from conducting a survey in the Cypriot Exclusive Economic Zone, and Turkey issued a NAVTEX for conducting seismic surveys which would encompass parts of Cyprus’ EEZ.”

The Commission highlighted Turkey’s partial re-opening of the seaside ghost town of Varosha in Cyprus, in violation of a series of UN Security Council resolutions.

EU foreign ministers yesterday decided to draft a list of possible responses to what is the most serious provocation in the Turkish-occupied territories in decades. The proposed measures will be reviewed by the foreign ministers in November if Ankara does not change its stance.

“Turkey continued undertaking actions towards changing the status of the fenced-off city of Varosha with unacceptable unilateral decisions which go against the relevant UNSC Resolutions 550 (1984) and 789 (1992). The EU has strongly condemned Turkey’s unilateral steps and the unacceptable announcements made by the Turkish President and the leader of the Turkish Cypriot community on 20 July 2021 on the further reopening of the fenced-off town of Varosha in Cyprus, and called for the immediate reversal of these actions and the reversal of all steps taken on Varosha since October 2020.”

Violations of UN Law of the Sea Convention, petitioning ICJ

While noting the need for Turkey to respect the sovereign rights of EU member-states Greece and Cyprus, the Commission’s report calls on Ankara to peacefully resolve disputes, and if necessary petition the International Court of Justice at The Hague.

“The EU has repeatedly stressed the need for Turkey to respect the sovereign rights of EU Member States, which include entering into bilateral agreements and exploring and exploiting their natural resources in accordance with the EU acquis and international law, including the UN Convention on the Law of the Sea. Turkey needs to commit itself unequivocally to good neighbourly relations, international agreements and to the peaceful settlement of disputes in accordance with the United Nations Charter, having recourse, if necessary, to the International Court of Justice.”