In an interview with Ta Nea, the CEO of Italgas Mr. Paolo Gallo expresses the explicit interest of the Italian giant company in the energy sector to invest in Greece 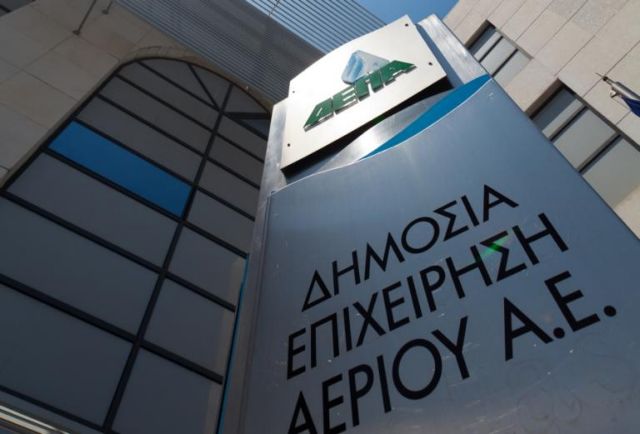 Italgas is ready to submit a binding offer for DEPA Infrastructure. In an interview with Ta Nea, the CEO of Italgas Mr. Paolo Gallo expresses the explicit interest of the Italian giant company in the energy sector to invest in Greece. According to Mr. Gallo Italgas is well equipped to participate in the major infrastructure development in the gas sector and states that the Italian company can realize this project for the benefit of the Greek people.

-Italgas is among the potential investors in the HRADF (Hellenic Republic Asset Development Fund) tender for the 100% privatization of DEPA Infrastructure. Is your interest still valid and will you submit a binding offer?

We are ready to submit a binding offer. We were ready in March and we confirm our intention. Our interest is concrete for two main reasons: firstly, we consider Greece as a country very similar to ours, both from an infrastructural and regulatory point of view, and this would give us the opportunity to work in a familiar environment; the other aspect concerns the many infrastructural developments that the country’s methanization project requires.

Today, the gas distribution in Greece is mainly located in the areas of Athens and Thessaloniki. The other territories require a major program of interventions, and therefore investments, especially if we consider the Greek government’s lignite and coal phase out plans which also require a major infrastructure development in the distribution sector. As you can imagine, we are well equipped to do this. As a matter of fact, Italgas, with almost two centuries of history, is one of the most long-lasting companies in the sector in Europe and is unanimously acknowledged as the company that brought gas to Italian people.

About the Greek scenario, we can look at Sardinia as an example: it was the only Italian region that had not been yet reached by natural gas until 2020. There, we have successfully met the challenge of methanization in less than two years building more than 1,000 kilometers of new digital and smart networks. We are the only industrial operator with a long-term vision, capable of bringing the necessary know-how and expertise to the development of a fully digital network. In short, all conditions are in place to realize a great project for the benefit of the Greek community. Well…we have to win the tender and that is the most difficult part.

-The European Commission has decided to suspend funding for gas infrastructure projects as part of its climate policy. What is your opinion on this decision?

We are aware that, for some European countries, the issue of natural gas and transit and interconnection infrastructures is still crucial. As a distributor, we have been investing for a long time in the strategic role of digital networks enabling the distribution of renewable gases, such as biomethane, synthetic methane and hydrogen.

In this sense, the gas networks become drivers of the energy transition, as they play a key role in achieving the EU climate targets of decarbonization. And this is not the only benefit. In fact, in terms of sector coupling the Power to Gas technology, which we are developing with a specific project, enables gas networks to become a storage system and a vector for the energy produced from renewable sources and converted into hydrogen and synthetic methane.

Therefore, it should not be surprising that the Vice President of the EU Commission, Franz Timmermans, and the DG Energy, Kadri Simson, have stressed several times the strategic role of distribution infrastructure, provided that it is smart, flexible and able to support the energy transition. Italgas has been working on this since 2017 and in 2022, thanks to over 2 billion euros of investments, it will be the first utility in the world with a fully digital network.

-What is your strategy for adapting infrastructure and gas transmission networks to European “clean” energy requirements? Is it possible to transport hydrogen or/and biomethane?

Technological innovation is the main lever for the upgrade of our infrastructure. We are aware that there can’t be any transition without digitalization, and we are completing the digital transformation of our network. We are investing 3.1 billion euros in the repurposing of the 73,000 kilometers of grids we manage in Italy and in their further extension to new areas. This will also enable us to support the development of biomethane, which is expected to happen the current decade, and in the next future other renewable gases such as green hydrogen, to be distributed through our networks.

This is a real revolution that will provide the country with a new generation of smart infrastructures. A digital network can transmit data and information in real time, receive and execute instructions remotely, and adapt its configuration thanks to AI. The goal we are working on in Italy is to ensure that the grids that currently distribute natural gas will be able to receive renewable gas and distribute it directly to end users in the very next future. Moreover, in this way the networks will also boost the development of green gas production. This is what I mean when I say that we are the only operator with the necessary expertise to develop a fully digital network. We did it in Sardinia starting from scratch, and without even a physical connection to the transmission network. Thanks to our know-how we can do it anywhere.