Fights break out between migrants and refugees at Idomeni camp

The situation in the northern border town of Idomeni, where thousands of migrants and refugees have set up an informal camp… 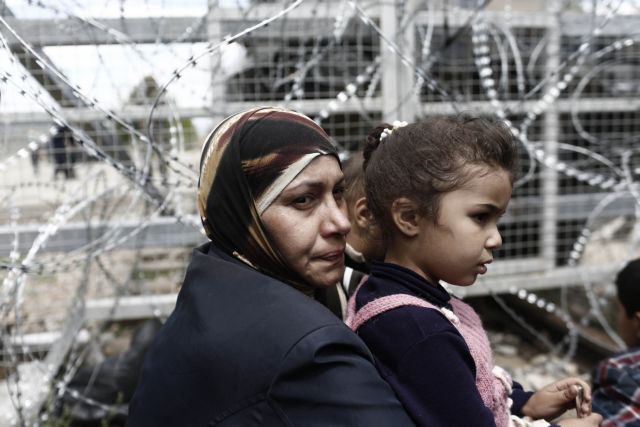 The situation in the northern border town of Idomeni, where thousands of migrants and refugees have set up an informal camp, remains tense as fights broke out between groups of Pakistanis and Afghanis.

During the scuffles that broke out one refugee was injured, with the Doctors Without Borders referring him to the Polykastro for stitches. The police intervened and dispersed the crowds with limited use of tear gas.

According to the latest official divs there are a total of 54,347 refugees currently in Greece issued by the government body coordinating actions for the refugee crisis.

In greater detail, there are 8,359 refugees on the Aegean islands. In Attica there are 14,435 refugees, with 2,135 remaining at the port of Piraeus.

In central Greece there are 1,924, wile In the north of Greece the official counts shows that there are 29,291 refugees, with 9,862 remaining at the makeshift camp at the border town of Idomeni.

According to the International Organization for Migration, since the start of 2016 and up to the 8th of May, a total of 155,399 have arrived in Greece via sea. At the same time 187,631 migrants and refugees entered Europe via the sea, while 4,861 crossed land borders. A total of 1,357 people died trying to cross over into Europe.