Critical week for management of the refugee crisis 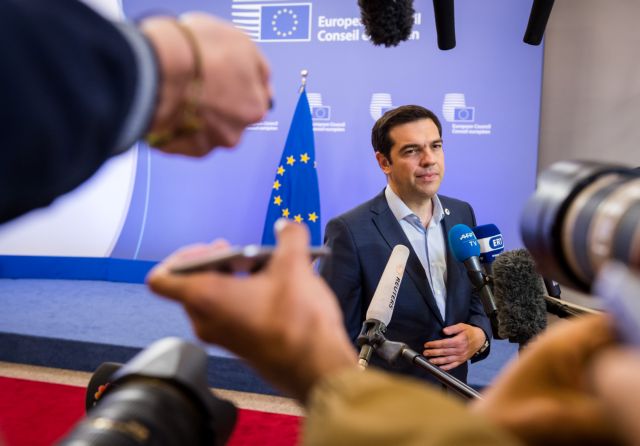 The Prime Minister Alexis Tsipras is going to attend the summit on the refugee crisis that has been arranged for Thursday and Friday. The summit will take place in light of the EU’s warning to Greece on improving border controls within the next three months.

Should Greek authorities fail to improve border controls adequately, then the EU will essentially oust Greece from the Schengen area for two years. The Associated Press cites secret documents that suggest the EU is determined to bring back border control for two years.

Recent statements from the Austrian Minister of Foreign Affairs Sebastian Kurz, who visited FYROM and proposed to close the borders in order to curb the flow of refugees. He also asked the local authorities to be prerared to fully block refugees and migrants from entering the country via Greece.

The Greek government will attend the summit after having completed work on the 5 hot spots to which it has committed. The involvement of NATO is also expected to be viewed a positive development.

Meanwhile, the PM has begun meeting with other European officials ahead of the summit. On Sunday PM Tsipras received the Dutch Minister of Foreign Affairs Bert Koenders, who warned against unilateral moves, such as closing borders, during his recent visit to FYROM.

Mr. Koenders also stressed that the EU is attempting to coordinate on managing the crisis and agreed with PM Tsipras that it is imperative to tackle the human trafficking rings and revise the relocation procedures currently in place.

The Greek PM is scheduled to receive the President of the European Council Donald Tusk on Tuesday in Athens. On Wednesday, a day fore the summit begins, PM Tsipras will travel to Brussels to meet with European Commission chief Jean-Claude Juncker.