A helicopter of the Hellenic Navy has crashed on the island of Kinaros in the Aegean, between Kalymnos, Leros and Amorgos… 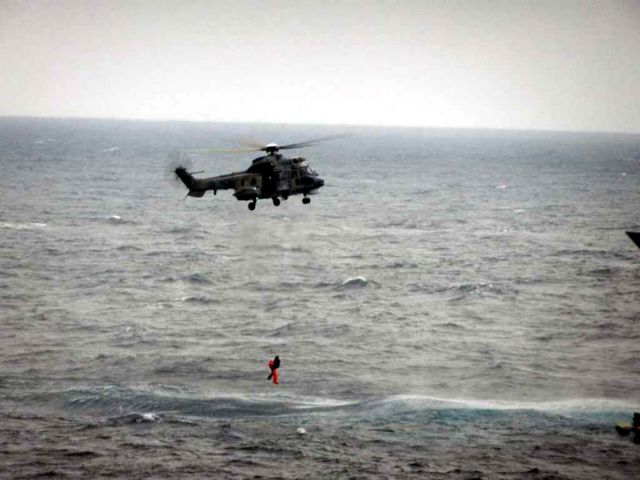 A helicopter of the Hellenic Navy has crashed on the island of Kinaros in the Aegean, between Kalymnos, Leros and Amorgos during a scheduled exercise. Unfortunately, the three Greek officers on board did not survive the crash.

According to the statement issued by the Ministry of National Defense, the three officers on board were Lieutenant Anastasios Toulitsis, Lieutenant Konstantinos Pananas and Warrant Officer Eleftherios Evangelou.

The Minister of National Defense Panos Kammenos, who is currently in Brussels for the NATO Summit, will return to Athens immediately, after the agenda on Greek affairs has been addressed. Turkey has provocatively contested the Greek rescue operation via a NOTAM that was issued.

According to the Navy General Staff’s statement, the helicopter disappeared at 2:45 am on Thursday, as it was flying over Kinaros, which is west of Kalymnos and Leros and east of Amorgos. The Super Puma, which took off from a frigate in the Aegean, was participating in the ASTRAPI 2/16 military exercise.

A search operation was promptly launched, with Navy vessels, a C-130 and a Super Puma helicopter participating in the search.