The Prime Minister Alexis Tsipras is currently in Iran on an official visit, in an effort to develop ties and a long-term action plan… 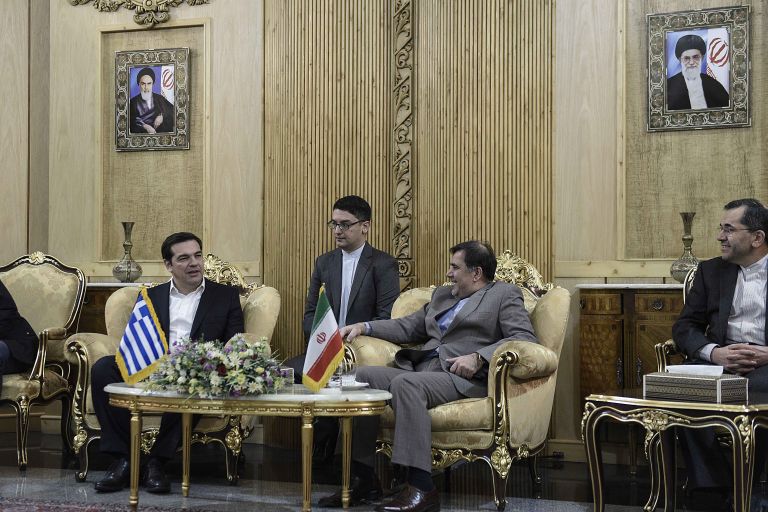 The Prime Minister Alexis Tsipras is currently in Iran on an official visit, in an effort to develop ties and a long-term action plan between the two countries in finances, technology, commerce, tourism and culture, among others.

With Iran exiting a financial and political embargo, Greece is aiming to capitalize on its traditional ties with Tehran and establish a permanent standing mechanism to formalize relations.

The Greek government estimates that Iran wants safe and reliable access to the Mediterranean and Balkans, something which Greece can provide as a bastion on stability in the region. Athens is also encouraged by the fact that Tehran has not raised any objections or suspicions over the trilateral agreements of Greece and Cyprus with Egypt and Israel.

Government sources has reported that Israel too has not made any negative comments on Greece developing ties with Iran, thus indicating PM Tsipras’ balanced and efficient diplomacy.

On Monday the Greek Prime Minister will meet with the influential politician, writer and former President of Iran Akbar Hashemi Rafsanjani at 13:30, followed by a meeting with the current President of Iran Hassan Rouhani at 14:30.