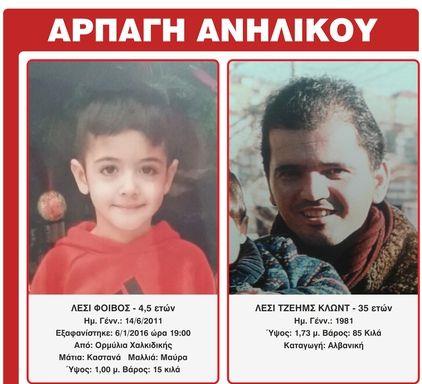 The 34-year-old man suspected of murdering his 41-year-old estranged wife earlier in January and the abduction of their 4-year-old son was arrested on Sunday in Ormylia of Halkidiki. The child appears to be in good health and has been returned to his grand-parents and his older brother.

According to reports, the 34-year-old man was spotted by workers near a shack, outside the village where the murder took place, at about 11am on Sunday. The workers recognized the man and promptly informed the police of his whereabouts resulting in his rarest. The 34-year-old suspect did not resist arrest and was taken to the police department in Polygyros.