The neutral zone between Greece and FYROM has reopened, only for refugees from Iraq, Afghanistan and Syria however who… 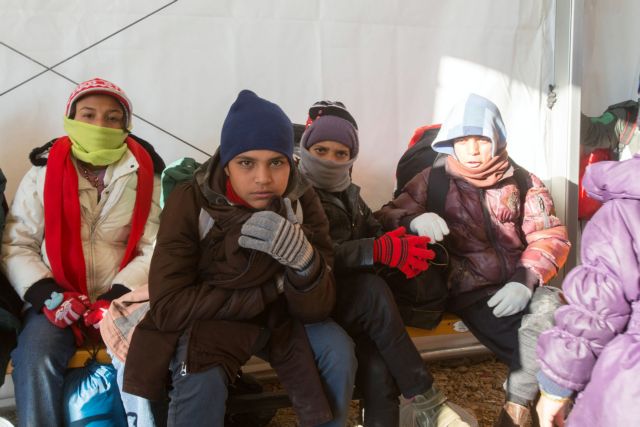 The neutral zone between Greece and FYROM has reopened, only for refugees from Iraq, Afghanistan and Syria however who are headed for Austria or Germany to seek asylum.

The border crossing closed on Tuesday due to a train breaking down on the international railroad line to Slovenia, with about 1,000 refugees having gathered in Idomeni, hoping to cross over into Gevgelija.

In order to address the inflc, Greek authorities opened an organized camp with heating to temporarily accommodate the refugees, at the request of the numerous NGOs and volunteers, since the weather conditions have worsened in recent days.

Antonis Rigas of the Doctors without Borders told the Athens-Macedonia News Agency that some of the refugees were forced to stay out in the cold for about 24 hours until the camp opened. At present FYROM will only allow refugees from Iraq, Afghanistan and Syria to enter the country, with other nationals being turned away.