Farmers further escalate their protest actions all over Greece

Tens of road blocks have been set up all over Greece, as farmers are escalating their strike actions in response to the… 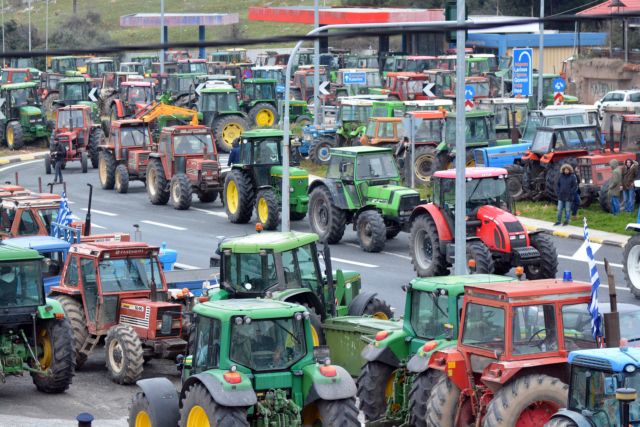 Tens of road blocks have been set up all over Greece, as farmers are escalating their strike actions in response to the government’s controversial pension system reform and taxation plans.

Farmers have already gathered tractors at Nikea, Tempi, the Kerdyllia junction on the Egnatia, the Patra-Pyrgos and the Arta-Athens national highways and elsewhere. They are also planning on cutting off access to the customs offices in northern Greece.

In Komotini, farmers clashed with the police on Wednesday as they sieged a government building where the Minister of Agricultural Development Evangelos Apostolou visited. The protesters burned tires and threw eggs and demanded that the Minister come out to speak on their terms.

Eventually the Minister met with a group of protesters, who demanded that Mr. Apostolou commits to withdrawing the controversial bills. The Minister explained that due to the handling of the previous government, 50% of pensions come from the State budget, while in the case of the farmer pension fund OGA, the state covers 85% of pensions. Therefore, he noted, some “painful consequences” were inevitable, in order to harmonize with pensions in other sectors.

Additionally, Mr. Apostolou told the farmers that efforts are made so that the reforms in the agricultural sector come in gradually and called the farming sector to organize on a business base. The Minister also announced that in cooperation with the Ministry of Finances, a ministerial decision is being prepared to help them receive tax clearance certificates.