With just over two weeks left for the second round of elections for a new President in New Democracy, the two candidates… 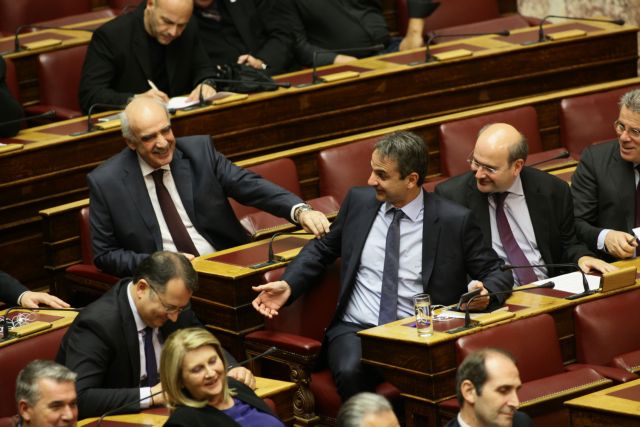 With just over two weeks left for the second round of elections for a new President in New Democracy, the two candidates have begun to escalate their campaign efforts. The conflict between Evangelos Meimarakis and Kyriakos Mitsotakis had mostly been on an ideological level, however recent interviews with the candidates show that there are differences on a personal level that separate the two.

In his first interview since Sunday’s election, Mr. Meimarakis appeared on Skai and rejected the insinuation that he is representing the interests of the Karamanlis faction within the party. At the same time he reminded that his opponent in the election is the son of former PM Konstantinos Mitsotakis, which cannot go unnoticed, since this has given him a head start in his political career.

This statement by Mr. Meimarakis was made in an effort to counter allegations that he is representing Karamanlis supporters and establishment within the party. In a radio interview on Real FM, Mr. Mitsotakis argued that party supporters are called to choose between progress and stagnancy, adding that in the first round 60% voted for renewal and change.

The two candidates have also clashed on the bailout, with Mr. Mitsotakis claiming that he is amongst the few ministers during his tenure to support the reforms. Mr. Meimarakis responded that his opponent pressed for New Democracy to support the third bailout and criticized Mr. Mitsotakis’ policies as Minister of Administrative Reform by noting that firing cleaning staff does not constitute a reform.

Despite the escalation of their conflict, both candidates have insisted that New Democracy’s unity is not at risk. Both have also rejected the possibility of forming an alliance with SYRIZA – albeit for different reasons – however they have not ruled out reaching an agreement on certain critical issues.