Government preferring a “solution” over an “agreement” 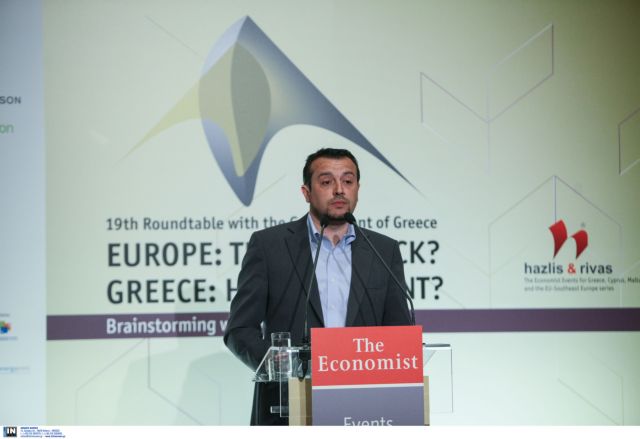 State Minister Nikos Pappas delivered a speech at the Economist conference on Thursday and revealed a shift in government rhetoric, which has decided to use the term “solution” instead of “agreement”. This shift suggests that the negotiation team and the Prime Minister are preparing for political maneuvering in the final phase of the negotiations.

Mr. Pappas noted that “the elections were an expression of our people. The agreement must have these characteristics, a provision for reduction the debt, a provision for increasing employment” and added that “we are certain of reaching an agreement that will provide a solution. We are seeking a solution and not an agreement” and accused politicians and circles in Germany and Europe for undermining the efforts to overcome the impasse.

Although he noted that “external factors” were not responsible for the country’s problems, he added that “extreme voices not desiring a solution will suffer a loss of their political weight”. This is believed to have been aimed at inter-party critics and doubters. According to Mr. Pappas, the government is working towards “a solution that will restore the people’s trust and bring a return to growth”.

The State Minister also spoke of circles in Germany that are “circulating scenarios of a impasse”, which is believed to be an indirect reference to the stance of the German Minister of Finances, Wolfgang Schäuble. Mr. Pappas argued that “Greece has the intention to find a solution; it does not help to start pretending and repeating the same mistakes”.