Government decides to push forward for an agreement with the creditors

The government council convened on Wednesday afternoon under Prime Minister Alexis Tsipras, where the negotiations with… 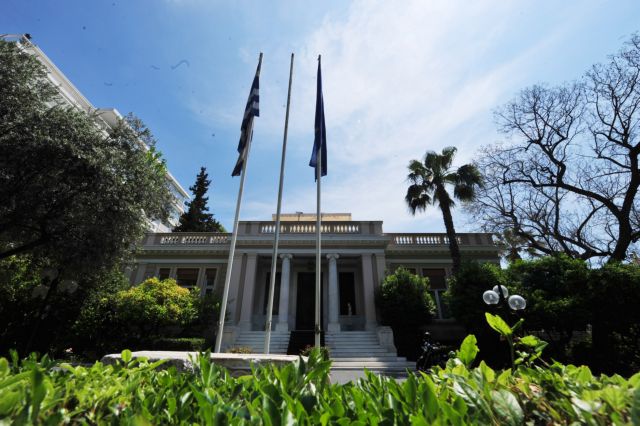 According to the official update by government spokesperson Gabriel Sakellaridis, the government council has authorized the Brussels Group negotiation team to carry on discussions on Thursday, in order to come to a mutually-beneficial deal. The government spokesman argued that we “entering the final stretch” towards an agreement, but added that there are still major differences on certain issues.

The privatization of the Piraeus port authority (OLP) was not discussed, however Mr. Sakellaridis revealed that changes to taxation were discussed, with the government wanting to increase revenue in order to alleviate the pressure on low incomes. Mr. Sakellaridis was confident that an agreement by the end of May was possible and noted that an emergency Eurogroup may be arranged after the upcoming session in Latvia, on the 21st and 22nd of May.

In Riga, Prime Minister Tsipras will meet with the German Chancellor Angela Merkel and will press for an agreement, on a political level, in order to allow the government to find a solution on labor matters and the pension system. Reportedly, the German Minister of Finances Wolfgang Schäuble told his Greek colleague Yanis Varoufakis, that Greece may remain within the Eurozone by agreeing to a new memorandum and bailout.

Meanwhile, Mr. Tsipras will also have to face an emergent domestic front, as the voices of discontent within his party and cabinet increase. On Wednesday, a minister who belongs to the Left Platform – SYRIZA’s ‘internal opposition’ – expressed serious doubts about finding a solution to the problems. Although Panagiotis Lafazanis argued in Parliament that the government will not back down from the ‘red lines’ it has drawn, such as not taking any recessionary measures, the pressure for a deal with the creditors mounts on.