Where Greece and the institutions agree and disagree

The Eurogroup issued a statement on Monday confirming the progress in negotiations with the Greek government, indicating that… 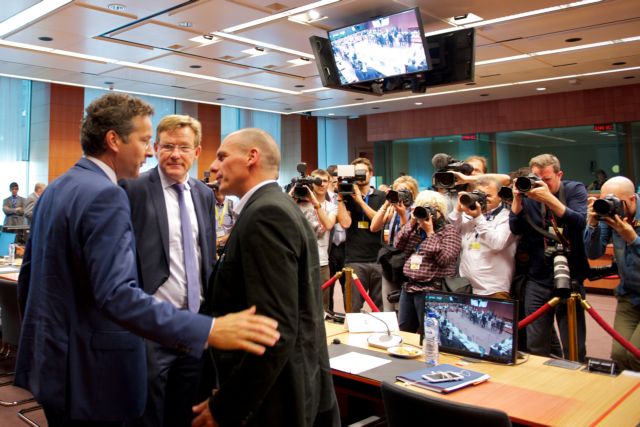 The Eurogroup issued a statement on Monday confirming the progress in negotiations with the Greek government, indicating that an agreement may be imminent, although it was underlined that more efforts were required.

During the talks in Brussels it emerged that the institutions object to recent decision in recruitments in the public sector, employment relations and the pension system. The institutions fear that rather than updating and modernizing those three areas in the economy, the reforms are being withdrawn.

The Minister of Finances Yanis Varoufakis was forced to intervene and provide assurances that the number of recruitments in the public sector will not exceed the number of departures (estimated to be about 15,000 this year) and that the “13th pension” will be distributed according to strict income criteria. Regarding the changes which the institutions are pressuring for in employment relations, the European Commission intervened and it was agreed that both sides would await for the International Labour Organization’s (ILO) report.

It appears that there is an agreement on strengthening the independence of ELSTAT and the HFSF, while the creditors have agreed to the Greek government’s proposed regulation for bad loans and for the gradual increase of the minimum wage. There is some convergence in fiscal matters (VAT, changes to the ENFIA real estate tax, luxury tax, income tax scales etc), privatizations and the deregulation of the energy market, however there are still significant details that need to be addressed.

Both sides were unable to agree on the new public sector wages and pensions, with the Greek side resisting the demand for wage and supplementary pension cuts. The IMF has also demanded the deregulation of collective dismissal and that collective bargaining not be restored, among others.