The possibility of a Greek default appears to be closer than ever, according to government and European sources. Monday’s… 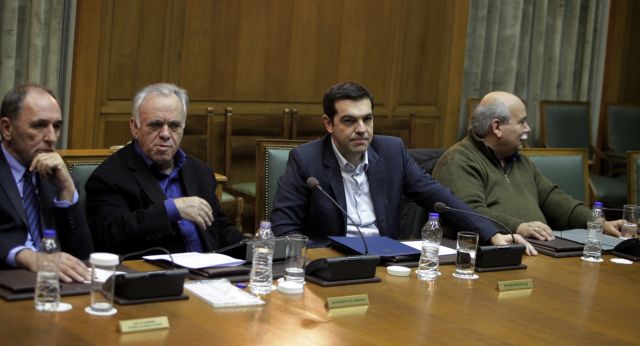 The possibility of a Greek default appears to be closer than ever, according to government and European sources. Monday’s Eurogroup is critical for the Greek government, as it expects a formal confirmation of the significant progress achieved in the negotiations, as well as the proof of the intentions of the institutions and partners for a mutually beneficial deal, within the framework of the agreements and democracy in the European Union.

Nevertheless, the messages from the Brussels Groups meetings do not suggest that there will not necessarily be a positive outcome for Greece at the Eurogroup, given that talks were suspended on Friday. Furthermore, the payment of the next IMF loan installment, which is due on the Tuesday the 12th of May, depends on the outcome of the Eurogroup.

There is some ambivalence within the government cabinet regarding the payment, aside from government officials from the more radical Left Wave within SYRIZA. A senior government official did not rule out the possibility of a default and non-payment of the IMF loan, stressing that it all depends on the Eurogroup decisions on Monday. Should the Greek government decide to go down route, it would trigger a domino of dramatic developments, particularly in the banking sector, which may not be linear.

These two parameters will also in turn determine the European Central Bank’s stance on Wednesday, as it will not only discuss the ELA, but it have to decide whether to the increase the discount applied on collateral offered by Greek banks, which would result in a credit crunch.

A meeting between SYRIZA’s political secretariat and its parliamentary group was held on Sunday, where the Left Platform was highly critical of the government’s handling. Parliament VP Alexandros Mitropoulos argued that after the Eurogroup agreement of 20 February, the government is being pressured by the creditors, who insist upon the implementation of the existing bailout memorandum and the imposition of an even harsher new one. Mr. Mitropoulos reportedly suggested a referendum, as the government appears unable to implement its pre-election rhetoric.