Varoufakis reveals main points of the new agreement with the institutions 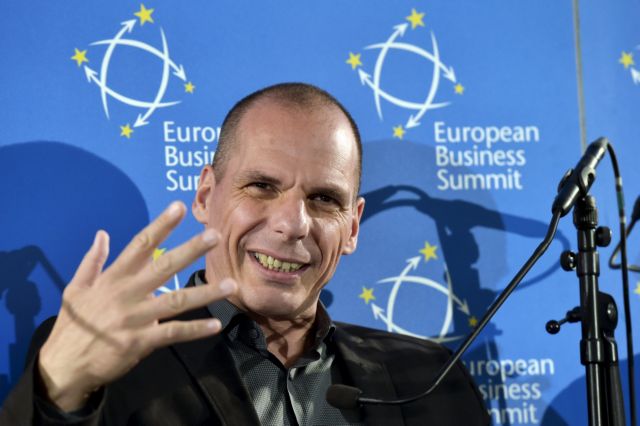 The Minister of Finances Yanis Varoufakis revealed the main points of the new contract agreement that is being discussed between Greece and the institutions. He argued that there is an agreement between both sides on many key areas. Mr. Varoufakis, who was an invited speaker at the European Business Summit in Brussels on Thursday, referred to early pensions, the merging of pension funds and alluded to a VAT reform, with a low rate for medicine, food and books and a higher rate for everything else.

In his speech he stressed that Greece must be in the position where it does not need to borrow money in order to pay wages and pensions and underlined that the country’s public debt must be restructured. Similarly, the country’s public administration, taxation system and collection authorities must be modernized and efforts must be mad so that they escape the influence of political and business interests.

According to the Greek Minister, the crisis has caused a profound catastrophe to the job market, which has left production stagnant. Mr. Varoufakis asserted that insurmountable barriers are blocking the creation of new businesses and are curbing entrepreneurship. He also noted that competition was also severely restricted. Additionally, the profound inequality does not allow society to fully back necessary reforms, while oligarchic interests stifle growth and complicate reforms.

The main points of the reform package that is being discussed include:

The post-June growth contract would also include, among others: