Government sources: “The institutions are delaying the negotiations” 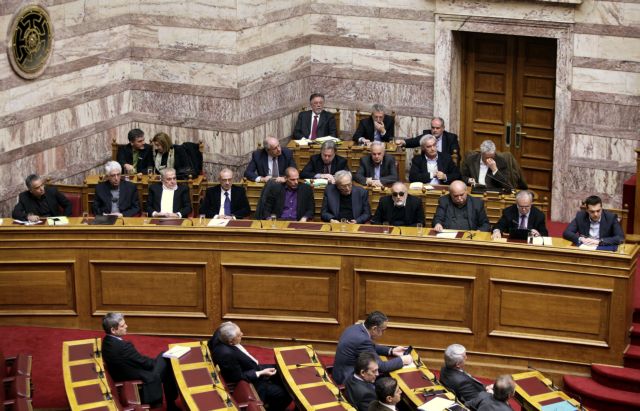 The critical negotiations between the Greek government and its creditors have stalled due to the “serious disagreements and contradictions between the IMF and European Union”, according to a government document that circulated late on Tuesday evening.

According to the Greek government, the IMF has posed reform demands on the pension system and labor relations, while also considering a debt write off, so that it may become sustainable. At the same time, the European Commission has set its ‘red lines’ about the primary surplus and strongly opposes any debt write off.

As such, the government sources claim that it is not possible to come to a compromise, when the institutions pose so many ‘red lines’ and are unable to coordinate amongst themselves. The Greek government on the other hand has taken the initiative to not pass a bill through parliament before an agreement is reached and has began talks about for the ‘next day’, ie a plan for returning to the markets and funding growth.

Interestingly, the government document cites a Financial Times report, which details the problems in the current negotiations, while neglecting to mention a Die Welt article, which considers an agreement more or less a given.

New Democracy and The River respond

The River on the other hand underlined that the “deceptive leaks will not yield any fruit” and stressed that “now is the time for truth and major decisions”, in order to secure the country’s Eurozone membership. Further, it commented that “a good negotiation would have taken advantage [of the IMF-EU disagreement] and made the necessary alliances, so that these conflicts work towards the country’s benefit”.