Flampouraris: “The people will support us, if we go to a referendum” 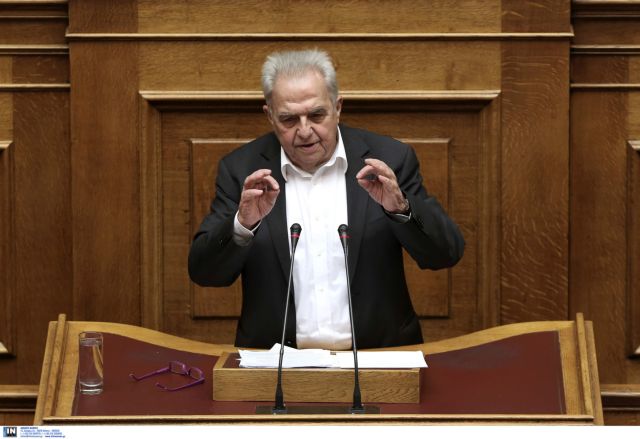 The Minister of State Alekos Flampouraris appeared confident of the government coming to an agreement with its partners in a television interview on Mega Channel, adding that the partners must accept the verdict of the Greek people.

Regarding the possibility of a referendum, Mr. Flampouraris noted that if the partners put the controversial “Hardouvelis email” of reforms and cuts on the table, then the government will be forced to go to a referendum, as it cannot take such decision without asking the people’s opinion.

Furthermore, he claimed that the government intends to implement its election promises, but noted that the controversial ENFIA real estate tax may be preserved for six months and that the Christmas bonus pension will be paid out, even if it is delay. He also argued that the people will see major changes, as soon as the country’s liquidity problem is resolved.

When asked about the formation of the political negotiation team and the allegation that Finance Minister Yanis Varoufakis is being side-lined, Mr. Flampouraris underlined that the Finance Minister has held onto all of the powers he had prior to this development. He was unable to confirm whether he would be accompanied by Government VP Yannis Dragasakis or someone else at the upcoming Eurogroup session.

According to Mr. Flampouraris the 20 February agreement was a success, as it revised the requirement for a primary surplus and essentially “ended” the fifth review of the bailout program. He commented though the government made a “mistake” in overestimating “the democratic, transparent and social attitude of the partners”.