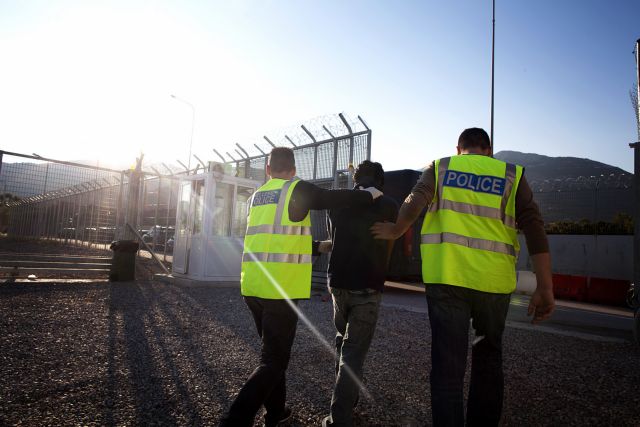 A group of six to seven police officers appears to have formed a “hit squad” that tortured migrants detainees at the Amygdaleza detention center, according to a police report submitted two years ago. The report requested the “discreet” removal of certain officers who served at the detention center.

Shockingly, no further internal investigation was ordered, nor were any reports and evidence publicized. Indicatively, one of the supervisors at the detention center is on trial on the 4th of April, accused of assaulting police unionists who visited him and complained about what was going on.

These revelations highlight the problematic nature of the detention centers and raise serious questions regarding the treatment and living conditions of the migrants who are held there. The Alternate Minister of Public Order Yannis Panousis told To Vima on Monday that his goal is to shut the detention center down in 100 days, while creating three open welcoming centers in Athens.

The problematic detention center at Amygdaleza was established in 2012, where at present 1,085 migrants – primarily from Pakistan and Bangladesh – are held. There have repeatedly been reports regarding the lack of heating, sanitation and catering. An Ombudsman report from 2013 pointed out that the police was unable to ensure the fundamental rights of detainees and that the detention center had essentially been converted into a prison.

An uprising in August 2013 and clashes with police guards was “expected” by local authorities, who noted that the holding conditions at Amygdaleza were appalling. At the time, municipal authorities complained that the 1,650 detainees were stacked on top of each other in the middle of the summer, with temperatures in the containers where they live approaching 50 degrees.

The central command of the Hellenic Police appears to have been aware of the unacceptable behavior of the police supervisors. There are reports of a “disobedient” detainee being tortured and tied to a fence, while other reports claim that in the summer the police officers turned off the electricity so that there was no air-conditioning in the containers where the migrants were held. These complaints also stressed that these unacceptable practices would increase the possibility of a new uprising.