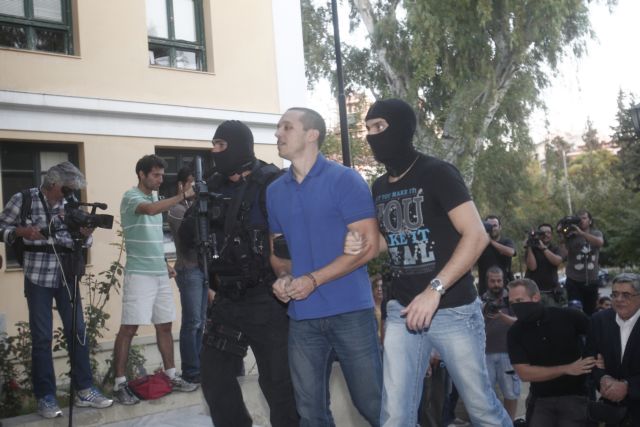 A team of MPs from the Parliamentary Ethics Committee will head to the Korydallos Prison where Golden Dawn MP Ilias Kasidiaris is being detained, in order to hear his response in relation to Baltakos scandal.

The MP and spokesman of the neo-Nazi party is facing criminal charges for secretly videotaping a conversation with the former general secretary of the government Panagiotis Baltakos. Baltakos, who is a close friend and associate of Prime Minister Samaras, was forced to resign as he made disparaging comments about the Prime Minister and the Public Order and Justice Ministers at the time.

Kasidiaris’ parliamentary immunity has been lifted in order to face the felony crime of the illegal video. The Ethics Committee will also examine requests to lift the immunity of Golden Dawn MPs Barbarousis and Panagiotaros, along with former party member Boukouras, in relation to gun shots fired at the funeral of unrepentant junta general Dertilis, who is revered by the neo-Nazis.