Arson attacks carried out in Chalandri and Kifisia 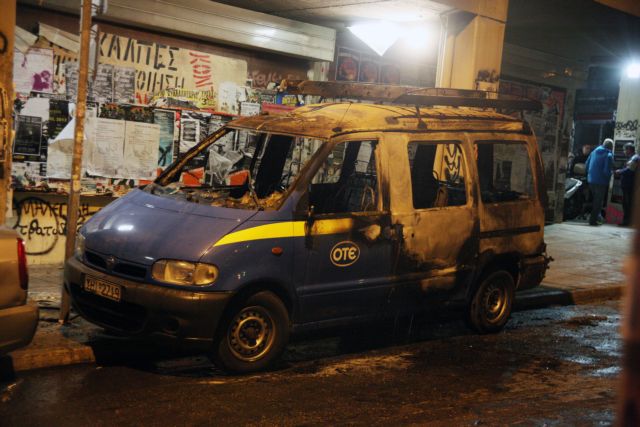 The police reported that two arsonist attacks were carried out against OTE and a car dealership on Sunday evening and and Monday morning, which resulted in the destruction and serious damages of eight vehicles.

The first attack took place at about 9pm at the open car park of OTE in Chalandri. The arsonists made an incendiary device from gas canisters, which caused serious damage to six vehicles of the telecoms firm.

The second attack took place in a car dealership in Kifisia. It appears that the arsonists doused two cars with a flammable liquid, the container of which was found nearby, before disappearing.