Greek Min. of State: We will do the best we can especially for those most vulnerable

The Minister of State spoke, among other things, about the war in Ukraine and the energy crisis 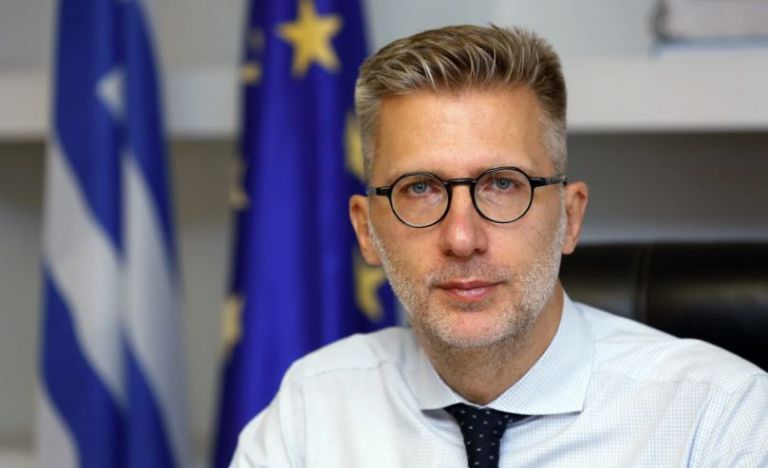 The war in Ukraine and the impact on the lives of people and the economy, was the focus of the interview of the Minister of State Akis Skertsos, on Tuesday night, on the television station action24. Along with the daily work of the government, the reform policies, but also the point that Kyriakos Mitsotakis “wants to be prime minister for at least eight years” were issues doted upon by Mr. Skertsos.

In detail – and starting on a more personal tone – the Minister of State remarked that “we live in very difficult times that have a heavy shadow over us and cause a concern to all of us for tomorrow. However, the government has shown that it can manage difficult crises, we have a prime minister who is in control and gives battles here, in Greece, and in Europe by taking initiatives. ”

He described the prime minister as a “workaholic”, who “works many hours every day and at many levels, from the highest, contacts with the leaders of other countries, initiatives in the international arena, as well as on the level of everyday issues and administration, and guidance on many issues.”

IAs concerns current events, the Minister of State stated that the energy problem is “very difficult, we all experience it every day, we all see our bills go up, however the government saw it early on, and took initiatives since September”, a support that “will continue as long as the crisis lasts.” But now, he added with emphasis, “we must understand that European solutions must be found and more so now, in addition to those that have been given so far.”

The three deficits of Europe

According to Akis Skertsos, the current war crisis highlights three European deficits in the fields of diplomacy, defense and the energy deficit: “These are three issues that have been raised by the Prime Minister, especially in terms of energy. We have said that a European mechanism of ironing out increases we see in bills. Additional space should be given, which will not be recorded in the books, it will not be measured in the deficit and the debt.”

And, given the opportunity, he sent the message, “We know that the people are struggling, but they all need to understand that we have a government that cares, every day we deal with how we can maintain and increase the aid we give, but within a framework of fiscal responsibility “. He demanded that there be no doubt that the government would stand by the people, as it did in the pandemic. Ultimately, “we will do our best, especially for the most vulnerable, the lowest income classes, to have additional support within the limits and possibilities we have. Strong recovery also means a welfare state that cares. “Without a strong economy you can not have a welfare state.”

Asked about the effects of the war on Greek tourism, he said it was too early to calculate the impact on GDP, however, adding that “January and February reservations continue at the same level”.

After all, “because of the pandemic, in the last two years, the contribution of Russian tourists has not been so significant in our income, so we do not have much to lose from the closure of the Russian and Ukrainian markets.”

Asked to comment on the opposition’s accusations of de-lignification, he accused it of “either pretending that it does not understand or is imply trying to hide its poverty in policies that are more environmentally friendly. De-lignification has been around for several years, because lignite is a dirty and expensive fuel. Even if we had all the units that were withdrawn in previous years, and under SYRIZA governments, we would not have cheaper bills,” he said with the argument that “the price of lignite in the final consumer price is affected by the international market of pollutant rights (…) so “here we need an even more dynamic and courageous shift towards Renewable Energy and at the same time we need an investment in energy storage.”

Regarding the issues of the National Health System, the Minister of State assured: “we have secured significant resources from both the Recovery Fund and the NSRF for investment in the national, public, health system”, while one of the goals is the reorganization of the primary and of secondary health units. There is no organized primary health care and that is why we had a problem in some areas of the country in the 2nd and 3rd wave of pandemics,” he added. ‘Other goals are digitization, the hospital map – “we have seen hospitals that can not provide the health services that are needed especially in a pandemic crisis” – prevention, a topic for which he pointed out that there is a program included in the Recovery Fund to finance preventive examinations in specific chronic diseases.

And, after clarifying that primary health care and prevention are goals of this four-year period, the minister referred in general to “a rich reform project that is ahead of us. Next year until spring, the summer of 2023 with specific goals that are commitments of our country. “These are things that will happen because we believe in them.”

The prime minister is not a tactician

While on the permanent question about early elections, Mr. Skertsos replied that “the prime minister has proved that he is not a tactician, he has a plan that he believes in and wants to implement. He wants to be prime minister for at least eight years because he knows that Greece must change in the state mechanism, the economy, the welfare state, education, health – and these are changes that need time, investment in strength, consistency, regularity. “So, he is not a prime minister who is playing with the electoral cycle, he has repeatedly said that the elections will be held on time and we must stay in that”, was his conclusion on that.

Following the interview, the Minister of State expressed his confidence that “we will definitely be better from 2019, (as) in 2021 we regained the lost ground of the pandemic, we are in the size of 2019 and this year further growth of the economy is planned. We will be better both in jobs and in the wealth that is produced in the country and redistributed to the citizens “. However, in any case, we must see how this situation (of the war) will go, which we hope will be normalized as soon as possible “.

Moreover, “even in times of historical crisis the government has managed to implement 90% of pre-election commitments, e.g. almost all the financial commitments for tax cuts have been implemented and so on, the digital state commitments have been implemented. “In the educational reform, there is only one law left for the administration of higher education”, was another remark of the Minister of State. While talking about the staff state, he clarified that “he is not the boss of the ministers, we have ministers who do an excellent job. Obviously the prime minister directs and directs the Council of Ministers, gives powers, the executive state has the power to coordinate complex matters that require inter-ministerial coordination.” One such issue that required coordination was the Recovery Fund, and the first 3.6 billion will come by April, “Greece is the second country to receive this approval,” he said.

In the problem of bureaucracy, he announced that the government is drafting a new code of procedure for the whole State, which is being prepared by the Ministry of Digital Government. Thus, “there will no longer be any excuse for interpretation by any official.”

The interview closed with a comment on the tragic situation of the planet and Europe in particular: “Every time we stand on the right side of history, we are guided by values ​​such as the belief in freedom, justice, to meet the weakest, “as is the case at the moment with the Ukrainian citizens”, the Minister of State noted in closing.