As pandemic recedes, Greeks turn their attention to economy, unemployment 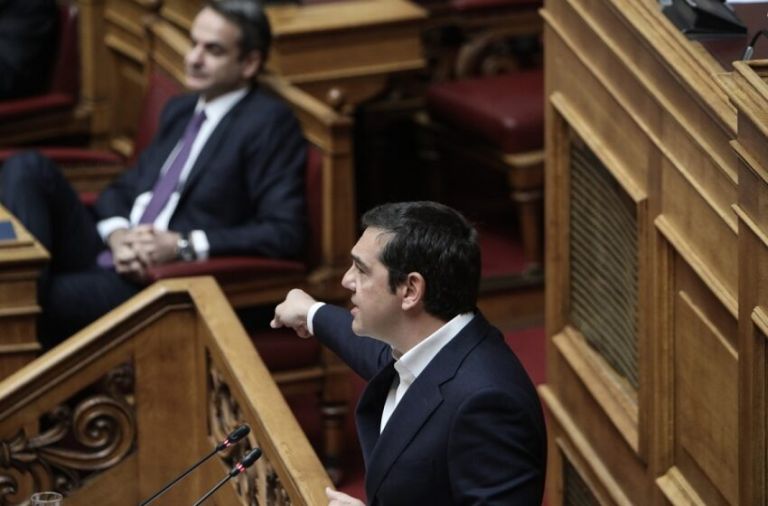 The economy and unemployment are veering to the top of the list of the concerns of citizens as the COVID-19 epidemic begins receding and as Greece’s vaccine rollout proceeds at a rapid pace.

According to a Metron Analysis poll broadcast on MEGA television, 33 percent of Greeks believe that the most important issue the country faces is “the coronavirus and healthcare”, but that represents a 16 percentage point drop since April.

Now, the pandemic and its repercussions are virtually in a tie with the economy (31 percent, a four percentage point drop since April).

The problem of unemployment is also raising greater concerns as 11 percent of respondents viewed it as a critical problem as compared to seven percent last month.

Of course, the pandemic is intimately related to unemployment and the economy. Citizens apparently are convinced that the suspension of work for employees in various sectors, wage cuts, and lay-offs that occurred over the past year as the result of the pandemic or due to its use as a pretext are not going to magically disappear because of Greece’s gradual return to normalcy or the re-opening of tourism.

Meanwhile, the government’s much-touted labour bill – which has already raised a maelstrom among opposition parties, trade unions, and workers – is a source of grave concern.

Many, especially in the private sector, believe that whatever labour rights remain in place after the country’s decade-long economic crisis will be abolished definitively with Labour Minister Kostis Hatzidakis’ draft legislation.

At the same time, they discern “an attack on trade union freedoms and on the right to strike as well as the establishment of work on Sundays, all of which will subject workers to the arbitrary actions of employers”.

Aside from labour and opposition parties, the bill has raised intense concerns in the government and ruling party which hope to pass the bill in Parliament without irreparable political and electoral cost.

They are buouyed by the steadily large lead of the government – 14 percentage points in the Metron Analysis poll – over main opposition SYRIZA.