The pandemic did not allow the Greek people to participate in a public discussion, to contemplate the significance of the event, or to express their anxieties and expectations. 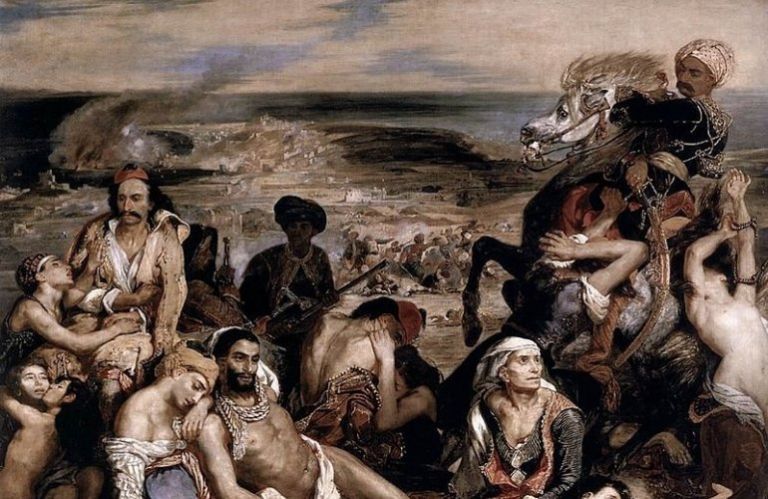 The confluence of events during the celebrations of the 200th anniversary of the start of the Greek Revolution of 1821 – that great national struggle for independence, rebirth, and reconstruction – was certainly not the best. The COVID-19 pandemic limited our ability to highlight the anniversary and its message of rebirth.

Domestically, events marking the occasion were entirely symbolic as they took place amidst public health restrictions that did not permit massive attendance. The conditions did not allow the Greek people to participate in a public discussion, to contemplate the significance of the event, or to express their anxieties and expectations.

The public discussion and search for meaning was limited to small circles of intellectuals and politicians. It was not embraced by the people or enriched by their emotions, by the national impulses and culture that were decisive both during the struggle for independence and in the ensuing long journey of national rebirth.

Events were limited to gatherings via Zoom and the important but inadequate capabilities of new technologies that are less than ideal for the expression of emotion.

Moreover, the message of Greece’s rebirth did not reach the entire world as one would have expected during the bicentennial of the War of Independence.

Though limited, the celebration did have an impact as it was embraced by strong countries and governments. It emotionally moved Greek diaspora communities around the world and revealed capabilities much greater than one might have expected during a global public health crisis.

Undoubtedly, under normal conditions the bicentennial would have permitted an impressive and effective wave of initiatives that could project and highlight our national struggles and rights as well as Greece’s prospects in the contemporary world.

The common conviction is that the celebrations of the 200th anniversary of the War of Independence were unable to convey the importance of the event’s symbolic message.

For that reason, one should consider extending the celebrations through 2022, which would allow the effort to effectively promote Greece and its history abroad to come to fruition.

That would allow one to incorporate the impact of the Asia Minor Catastrophe of 1922 on the dark 100th anniversary of the burning of Smyrna by the Turks and the flood of 1.5mn Greeks who were forced to flee Asia Minor in the population exchange that ensued.

That would offer yet another opportunity for national contemplation and a quest for truth.

Our national life did not only have successes. It also had glaring failures that arose from the loss of measure and the deficient understanding of conditions that has often been characteristic of Greece’s political class.

Especially in the current, unstable global environment and at a time of re-evaluation of political constants, there is an opportunity for a collective self-searching and realignment.

We have a duty to our country and its citizens to carefully dig into our history. As an historic nation, we must evaluate how from the liberation struggle we ended up with the completion of our unification as a nation through the untold horrors of the Asia Minor Catastrophe. We must rethink how from the cry “Oikade” (return home) during the Greek-Turkish War in 1920, we reached the legend of the Red Apple Tree and the disaster of 1922.

For the aforementioned reasons – and because the current period is fraught with serious dangers but also offers great opportunities – we encourage Greece’s political forces to support a 200 + 1 initiative, so that we may reap all that the pandemic denied us.