Avramopoulos: “Nobody is threatened with suspension from Schengen”

The European Commissioner for Migration, Home Affairs and Citizenship Dimitris Avramopoulos has argued that “no country… 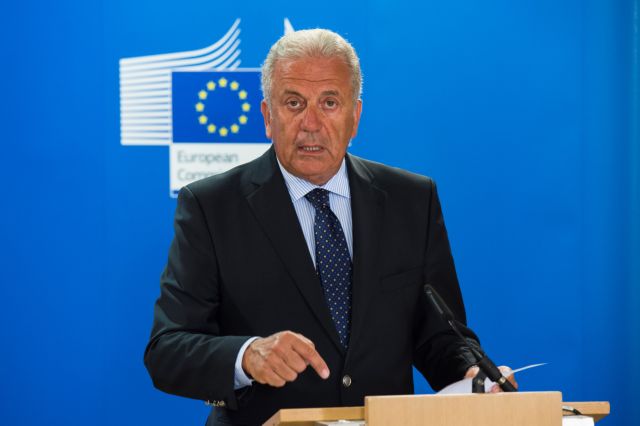 The European Commissioner for Migration, Home Affairs and Citizenship Dimitris Avramopoulos has argued that “no country is being threatened with suspension from Schengen”, adding that the “Schengen rules do not foresee the possibility of such a suspension”.

Mr. Avramopoulos, who gave an interview to EurActiv, further elaborated that the European Commission aims to safeguard and strengthen the Schengen. The Commissioner explained that “our borders don’t need to be ‘protected’ from vulnerable people – but they need to be better managed”.

Regarding the Schengen Evaluation Report, which highlighted the deficiencies of Greek authorities in managing the refugee flows, Mr. Avramopoulos rejected the notion of a bias and noted that all rules have been observed. Mr. Avramopoulos added that the situation has been changing since November and that “deficiencies can be corrected”.

Aside from establishing hotspots though, in order to document arriving refugees, the European Commissioner expressed his belief that detention centers are also necessary “for those who receive the decision to return, particularly if there is a risk of absconding and if they are not willing to return voluntarily”.