With the farmers appeared unwilling to back down from their demands and prepared to escalate their protest actions, the… 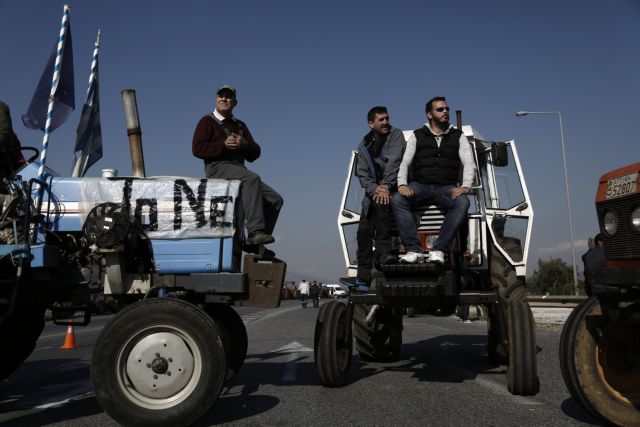 With the farmers appeared unwilling to back down from their demands and prepared to escalate their protest actions, the government is considering various compromises, which will be debated at the Government Council for Economic Policy that will convene at midday on Tuesday.

Accord to reports, the government is considering granting some autonomy to farmer pension fund OGA, when it becomes integrated into the singular pension fund that is being designed. This will also entail separating the benefits for large families and the uninsured from OGA. The minimum OGA pension (currently 360 euros) may also increase to match the “national pension” (384 euros) in the new system.

The government is considering a grace period of one to two years in relation to the planned insurance contribution hikes, after which point they would gradually increase to 20% of the taxpayer’s declared income. As will the self-employed, a maximum cap will also be put in place.

Additionally the government is examining the possibility of preserving the 13% tax rate for farmers, as well as introduction a tax-free threshold for farmer households. This threshold may be 7,600 euros, but it will likely depend on the type of farming, crops and number of family members actively involved. The government will introduce a higher 26% taxation rate for those who are not primarily farmers, similar to that for self employed.

All of these proposals though require the approval of the institutions and will likely be debated at the meetings scheduled with government officials throughout the week.