PM Tsipras departs for meetings in Israel and Cyprus

The Prime Minister Alexis Tsipras is scheduled to attend two important meetings in Jerusalem and Nicosia, as part of the… 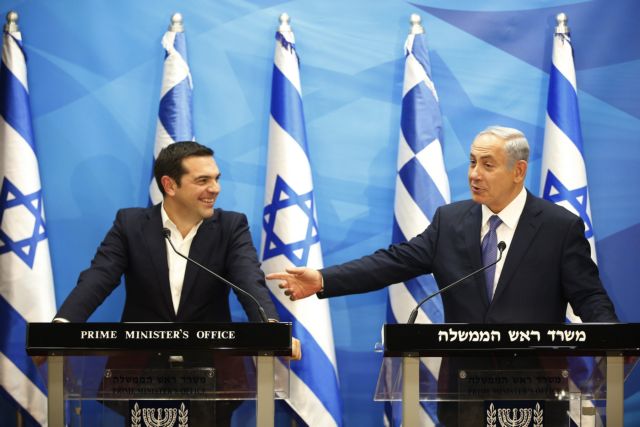 The Prime Minister Alexis Tsipras is scheduled to attend two important meetings in Jerusalem and Nicosia, as part of the government’s efforts to further develop its ties and level of cooperation with Israel and Cyprus.

On Wednesday the Greek PM attend a joint ministerial meeting with his Israeli counterpart Benjamin Netanyahu, with 10 ministers from each side. Sources suggest that a number of agreements will be signed, primarily on innovation and education.

Following the talks in Israel, the Prime Minister will travel to Nicosia on Thursday, where trilateral talks have been arranged with Israel and Cyprus. The main issues on the agenda will be energy, tourism, migration, security, terrorism, innovation, environment and managing water resources, among others.

During his stay in Nicosia, the Greek PM will also have bilateral talks with Cypriot President Nikos Anastasiades, where the latest developments on the Cypriot dispute will be examined. An agreement on water resource management is also expected to be signed.